Home / economy / Downhill. What will happen with the economy the liberal-KGB of the Russian Federation in the current prices for oil and gas 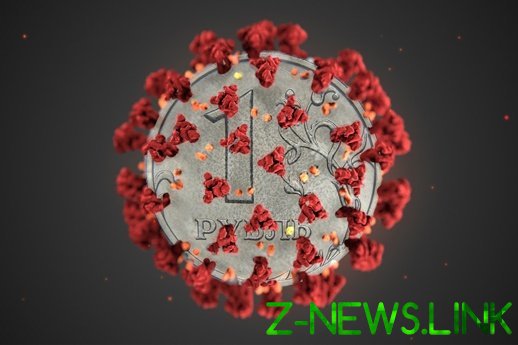 In the current regime of “total quarantine” involved in this performance, the state loses from 65% to 80% of GDP for each day of downtime annually. A modern economy can be put on pause, but extremely difficult from this forced stop out. The scale of the resulting problems and overall economic financial disaster is truly enormous.

Force stop provoking the imbalances were hidden in natural conditions is primarily a low potential for resistance, because a large part of the business is at the limit of their capabilities with the least margin of safety to maximize profits. This is reflected in the near zero reservation, and critically high obligations to creditors and counterparties. In terms of economic expansion and especially at low interest rates all of these imbalances are not visible, but in the “emergency test” are shown in full. Break all economic, industrial, commodity and financial linkages. Collapses all at once big.

Formed a monstrous, outrageous cash gaps that business without government support is not cover under any circumstances. At loss of cash flow of the business are liabilities to their employees on wages, to landlords, lenders and suppliers, to the state in taxes and fees. Even in the face of several companies dealing with crisis issues such as the level of the task is very difficult. What can we say about a situation when simultaneously collapses the entire economy in General?

The main anti-crisis measures of most countries are concentrated in the rejection of all market laws and the transition to “totalitarian track” policy control: the moratorium on bankruptcy-defaults, deferred payments on obligations – tax and vacation credit, wage subsidies. The caveat is that some liabilities equal assets. If the business does not pay on the loans, respectively, the cash gap is formed at banks and investment funds, they also have obligations to their creditors – depositors, market, interbank and so on. And there is need to save the banks.

If the business does not pay taxes and fees, the cash gap the state in the form of lost income with the growth of the costs of rescuing the economy that is covered by a budget deficit. But who is going to buy a deficit and a dead economy? Or monetization through the Central Bank, or the use of the accumulated reserves of the government, or default.

If the business is not fulfilling its obligations to suppliers, growing receivables and payables and counterparties, who should not get, respectively, of the revenues and in turn are unable to perform their obligations. And formed a negative chain reaction and cascading collapse, when the problem of some sectors enslave more healthy sector, tightening them to the bottom.

If a business dismisses employees or paying their salary, in addition to the social tension, people can’t pay for insurance, rent, utility payments, can’t buy durable goods and to invest. Retained spending leads to lost profits for those who the population previously paid.

That is why after a pause, the world has changed, a significant part of the business will be gone forever, it will change the balance of power. The scale of the economic catastrophe gradually to be assessed as macroeconomic, financial statistics and corporate reports. And while it is possible to estimate lost income in the USA only there quickly, in real time, published the relevant statistics. The only sector, or more precisely the business sectors that increased revenue is retail stores for the sale of foods and beverages. Everything else goes out the window. The biggest damage from the transport business and aviation loss of revenue of 90% and more, the entertainment business – minus 87% of revenue. Hotels, hostels, rental properties or minus 79%, the rental – minus 76%, restaurants – minus 59%, online shopping – minus 52%, beauty salons or minus 50% of the proceeds and so on. And this is not the limit.

What in this situation is waiting for Putin’s Russia, especially with the current prices for oil and gas? The question is rhetorical.