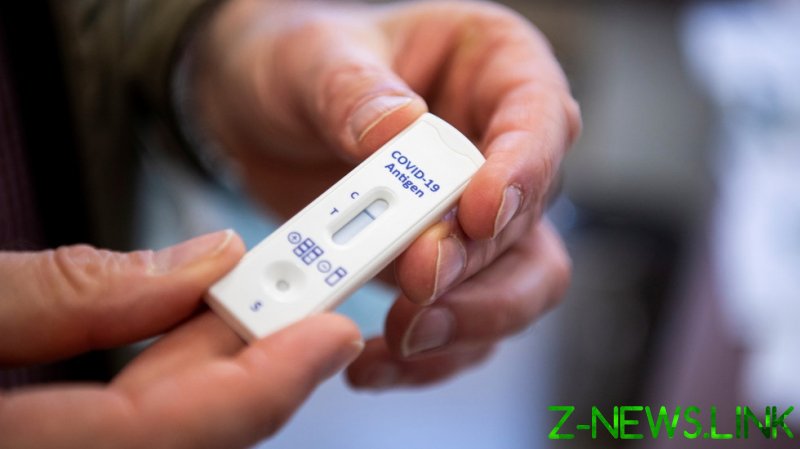 The new guidance was announced by the Department of Health and Social Care (DHSC) on Sunday, and comes into effect on Tuesday. It replaces earlier advice that required anyone suspected of being in contact with an Omicron case to immediately isolate at home for 10 days.

While rapid tests are widely available free of charge, the success of the guidance remains to be seen. Recent statistics show that use of the NHS’ contact tracing app is falling, and the number of check-ins to venues fell by 99% since June. The number of times people used the app to log their symptoms also fell by 74% since July.

“Our test, trace and isolate system is broken,” Dr. Deepti Gurdasani, an epidemiologist at London’s Queen Mary University, told The Independent earlier this month. “With more than 40,000 cases a day, our system is very likely overwhelmed, and it is very unlikely to be able to deal with additional strain. We need to bring cases down considerably for this to be functional.”

The Omicron variant of Covid-19 has spread rapidly around the world since it was first discovered in Botswana last month. While the World Health Organization has not recorded any deaths as a result of the strain, and while those infected have thus far suffered mild symptoms, it is thought to be highly transmissible, presenting a challenge to governments attempting to bring down case numbers.