Home / WORLD / ‘Don’t you like to party?’: Model ex-wife of Man City star says police fined her for ‘being too hot’ after Covid-19 breach (VIDEO)

‘Don’t you like to party?’: Model ex-wife of Man City star says police fined her for ‘being too hot’ after Covid-19 breach (VIDEO) 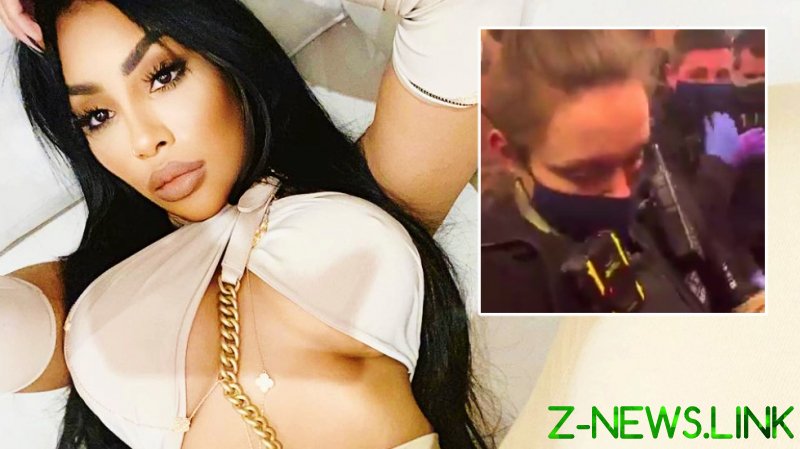 The model and aspiring pop star took to social media, where she has more than half a million followers, to share the story of the incident, posting a video which showed her being surrounded by police officers who fined her for breaking lockdown rules.

According to videos uploaded by the 28-year-old, she was partying with half a dozen people in a flat in London before police raided the scene.

“Fined for being too hot,” Johal wrote on the platform, where she also advertises her content on subscription-based adult site OnlyFans.

“Loool we all got fined. Don’t worry about it, sweetheart. Guys, is this what life is? Don’t you guys like to party anymore, guys?

“Guys, you can’t be all depressed in this world. We have got to be happy.”

People in the UK who break restrictions aimed at curbing the spread of the potentially deadly virus face a fine of £200 ($278) for their first offense, rising up to £6,400 ($8,905) for further violations.

Johal and Algeria captain Mahrez married in 2015 after five months of romance. The couple, who have two daughters, ended their marriage after five years together.

English tabloids have linked her to boxing champion Anthony Joshua, although a spokesperson for the British heavyweight seemed keen to distance him from Johal.

“Anthony doesn’t personally know Mrs Mahrez and has no wish to, now or in future,” they emphasized at the time, adding that Joshua was “disappointed that she or people around her have tried to use his name to generate publicity.”