Don’t use racist word ‘looting’, experts in US media warn 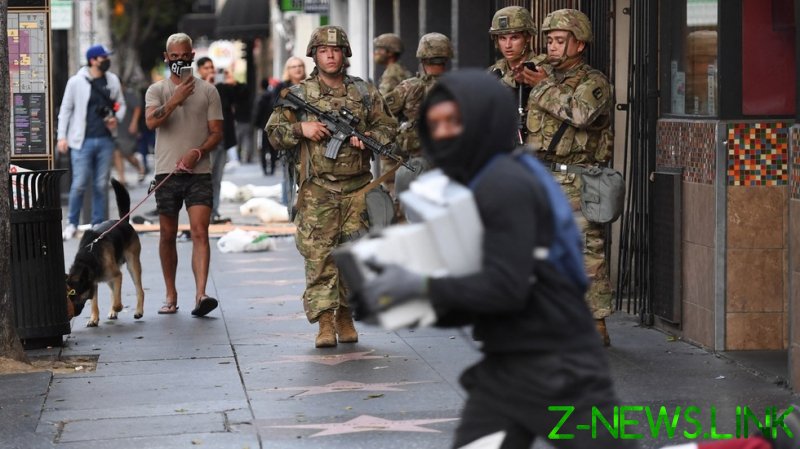 The lecture on linguistics came after the San Francisco Bay area police departments had described a series of brazen thefts at luxury retail outlets over the weekend as looting. Lorenzo Boyd, a professor of criminal justice and community policing at the University of New Haven, told ABC7 news channel on Tuesday that the term has strong racial connotations and is typically used when “people of color or urban dwellers are doing something.” Boyd, a former deputy sheriff in Boston, went on to claim that when people of different ethnicity “do the exact same thing,” such criminal acts are rarely called looting.

Martin Reynolds, co-executive director of the Robert C. Maynard Institute of Journalism Education, concurred, saying that it “seems like it’s an organized smash-and-grab robbery. This doesn’t seem like looting.”

Both experts concluded that the media ought to be careful in their choice of words, as “people draw their own conclusions, if the terminologies that you use are tethered to people’s understanding of how they have been used in the past,” Reynolds opined. The two experts surmised that some outlets had chosen the word ‘looting’ intentionally, in a bid to link the crime spree to the Kyle Rittenhouse trial.

Boyd and Reynolds’ advice caught flak online, with many conservatives on social media saying that the experts’ comments were nothing but political correctness gone mad or a diversionary tactic intended to shift the focus away from the actual crime problem.

Over the weekend, Southern California saw multiple ‘smash-and-grab’ attacks on luxury stores as well as at least one pharmacy, where groups totaling as many as 50 criminals, brazenly snatched garments, jewelry and other goods, and then fled the scene in cars. It even came to physical violence when dozens stormed a Nordstrom store on Saturday night, kicking and punching two employees and pepper-spraying another one.

Some have suggested the criminals are knowingly taking advantage of California’s law that took effect in 2014 and which stipulates that an individual caught shoplifting goods that are worth less than $950 in total will get away with a misdemeanor charge. Critics say this lenient approach only serves to bolster thieves.

California Governor Gavin Newsom vowed on Monday to come down hard on the robbers, adding that he wants “people prosecuted and we want people to feel safe.” His message was echoed by San Francisco District Attorney Chesa Boudin who said he would press felony charges against nine criminals arrested recently.

Incidentally, similar ‘smash-and-grab’ thefts have also been reported up north, in Chicago.