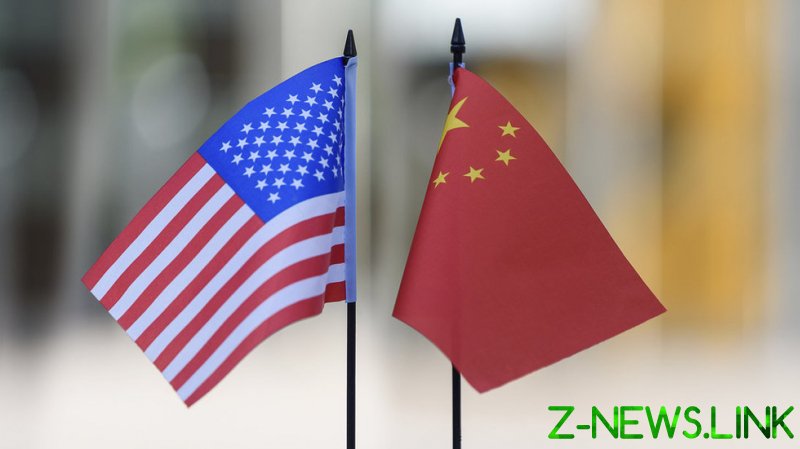 Speaking at an online forum on Thursday, Ambassador Cui Tiankai urged the US to abandon its hostile mindset and not treat Beijing as its foe of any sort.

Treating China as a strategic rival and imaginary enemy would be a huge strategic misjudgment. To develop any policy on the basis of that would only lead to grave strategic mistakes.

The envoy reiterated Beijing’s long-standing stance of seeking a peaceful coexistence and cooperation with the US. At the same time, he warned that the country would not give in to any pressure or yield on issues regarding its sovereignty and territorial integrity.

“China will not back down. We hope the United States will respect China’s core interest and refrain from crossing the red line,” Cui said.

The recent change of US leadership has prompted hopes for better relations between the two counties, with multiple high-ranking Chinese officials urging Washington to abandon Donald Trump’s policies as soon as possible. Earlier this week, the country’s foreign ministry urged the new US administration of Joe Biden not to repeat the mistakes of their predecessors.

“In the past few years, the Trump administration has made strategic errors, treating China as a strategic competitor or even a threat, and accordingly adopted a series of wrong actions that interfere with China’s internal affairs and harm China’s interests,” foreign ministry spokesman Zhao Lijian has said.

The past few days, however, have sent quite mixed signals on the future of US-China relations. On Wednesday, for instance, the Biden administration dropped Trump-era restrictions and once again allowed most US investments in companies owned or controlled by the Chinese military.

At the same time, the two countries are experiencing new tensions over Taiwan, which Beijing regards as an integral part of China. Following a massive flyover by Chinese military aircraft, described by the Taiwan authorities as an incursion, the US reiterated its “rock-solid” commitment to the island’s “self-defense capability.”

The first days of the Biden administration were also marked by the arrival of a group of US aircraft carriers in the South China Sea – another constant source of tensions between Washington and Beijing. While the US military maintained the mission was needed to promote “freedom of the seas,” China condemned it as muscle-flexing that would only harm stability and peace in the region.