Home / WORLD / ‘Don’t send her to the Olympics’: Fury after US hammer thrower turns back on flag as anthem plays during medal ceremony

‘Don’t send her to the Olympics’: Fury after US hammer thrower turns back on flag as anthem plays during medal ceremony 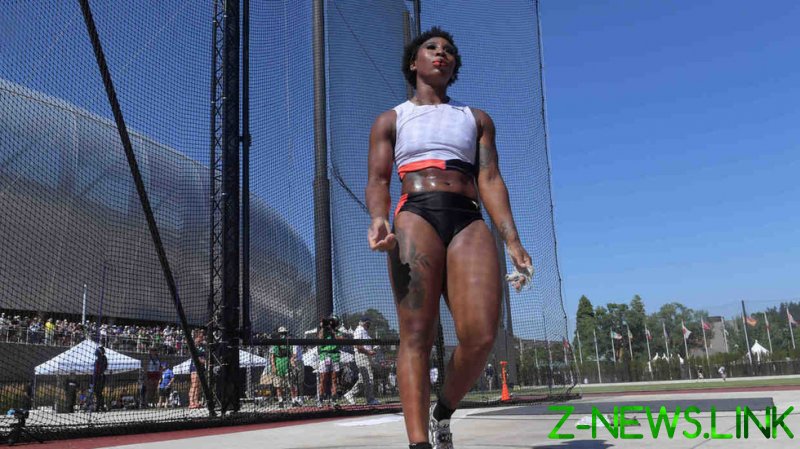 Berry booked a spot at this summer’s Tokyo Olympics by finishing third behind DeAnna Price and Brooke Andersen on Saturday in Eugene, Oregon, sending the 31-year-old to her second successive Games.

But that achievement was overshadowed by what happened on the podium after the competition.

As the three athletes were collecting their medals, the Star-Spangled Banner struck up, prompting Berry to turn away from the US flag and eventually cover her head with a black T-shirt emblazoned with the words ‘Activist Athlete’ on the front.

The US anthem is played once every evening at the trials as opposed to during each medal ceremony, and Berry – who is a vocal social activist – claimed it was no coincidence that it had started while she was on the podium. 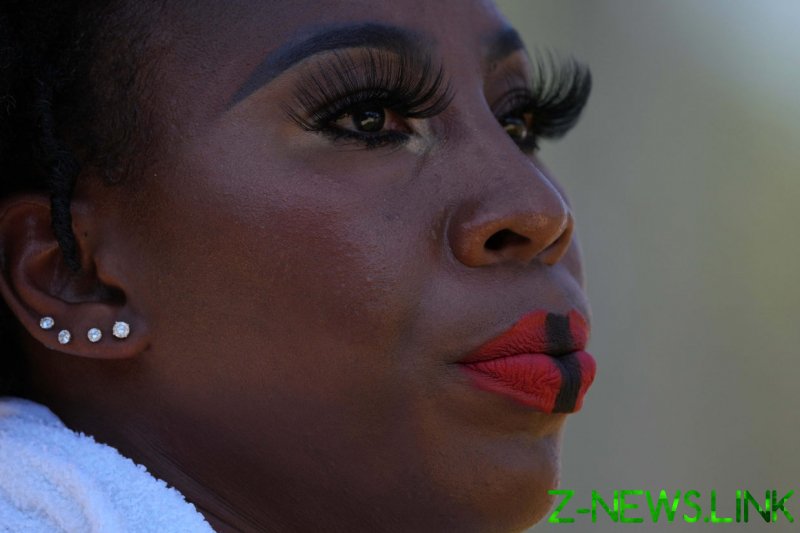 Berry caused anger with her reaction to the anthem being played while on the podium. © USA Today Sports

However, organizers denied any purposeful timing, asserting that the anthem was played at a pre-scheduled time.

“We didn’t wait until the athletes were on the podium for the hammer throw awards.

“The national anthem is played every day according to a previously published schedule.”

According to ESPN, the music had started at 5:25 pm on Saturday, and Berry remained convinced that she was being deliberately triggered.

“They said they were going to play it before we walked out, then they played it when we were out there,” said the hammer star.

“But I don’t really want to talk about the anthem because that’s not important. The anthem doesn’t speak for me. It never has.” 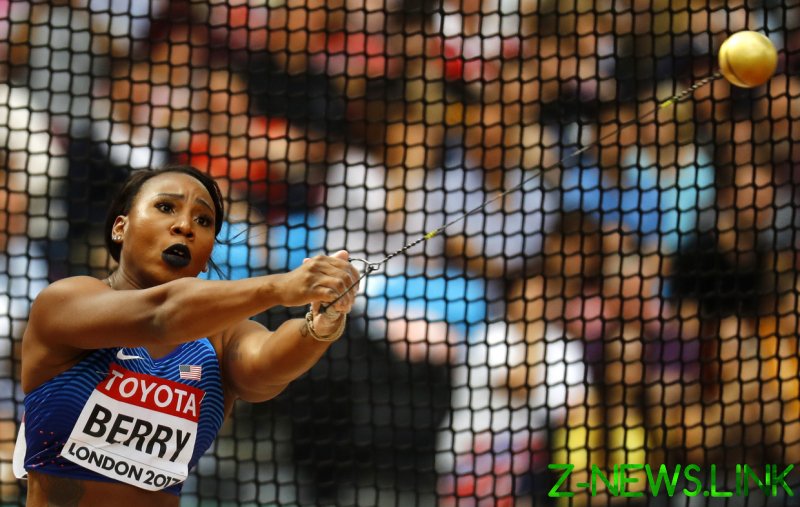 Berry pictured at the World Championships in 2017. © Reuters

Social justice warrior Berry has come under scrutiny for her podium actions in the past, raising a fist during the presentation ceremony after winning the Pan-Am Games back in 2019.

She was sanctioned for the gesture, but the US Olympic and Paralympic Committee was later pushed to promise that it won’t punish athletes for any peaceful protests in Tokyo this summer – despite the International Olympic Committee (IOC) saying actions such as taking a knee will be banned.

Berry’s latest display of defiance drew a mixed reaction online, with some hailing her as a “legend”.

“Good on her. Wish more people would understand that an anthem is symbolic, just like the flag, there are no requirements for you to participate in their reverence,” wrote one fan on social media.

But there was also a considerable backlash and calls for Berry not to be sent to represent her nation this summer if she has such obvious issues with honoring its symbols.

“What the actual crap is this? You don’t have respect for our anthem and/or flag? Fine. But you shouldn’t represent our nation,” came one response on Twitter.

“If she doesn’t want to represent us, don’t send her,” was another blunt assessment.

Sharing the story and the image of Berry turning her back, right-wing commentator Dinesh D’Souza wrote: “We’re going to see more of this. It’s going to make patriotic Americans cheer for foreign competitors and against the anti-American Americans.”

Angry observers should brace for similar scenes at this summer’s Games in Japan, considering the increasing proclivity for athletes to display their social virtues as well as sporting prowess.

That includes Berry, who has proclaimed that her mission is “bigger than sports.”