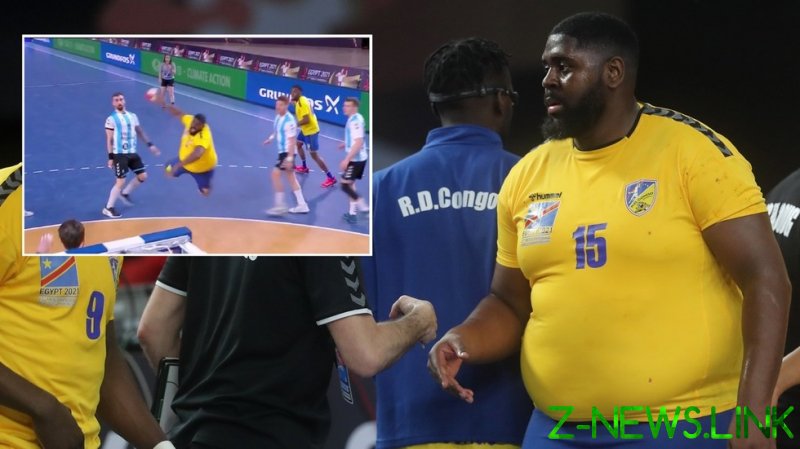 The Democratic Republic of Congo are appearing at their first ever IHF Men’s Handball Championships, and fell to a gutsy 28-22 defeat to Argentina in their opening Group D game in Cairo on Friday.

Despite the disappointment of the result, the 26-year-old Mvumbi showed unerring accuracy as he netted four goals from four efforts – also catching the eye for his heavyweight presence on court.

“Don’t judge a book by its cover. Gauthier Mvumbi with four goals against Argentina in the DRC’s *debut* in the Handball World Championship. They led 14-13 at halftime!” wrote one fan.

“Look at my man SOARING,” raved another.

Mvumbi was born in Dreux, northern France, to Congolese parents.

He represents Dreux in the fourth tier of the French handball leagues, and has played for his country at big tournaments before, including the African championship.

However, the supersized star has never had such a grand stage as the one in Egypt, where Congo have taken advantage of the expansion of the tournament from 24 to 32 teams.

Mvumbi said on the eve of the event that he was relishing the step up.

“I never thought I’d go through this one day, so we’ll have to enjoy it,” Mvumbi told the French media.

“We have absolutely nothing to lose, so we will do our best and play our card thoroughly. They [the opposition] have two arms and two legs, just like us.

“The goal is above all to have fun, to live the competition to the fullest. We’re going to take everything we need to take, and if possible, annoy some teams.” 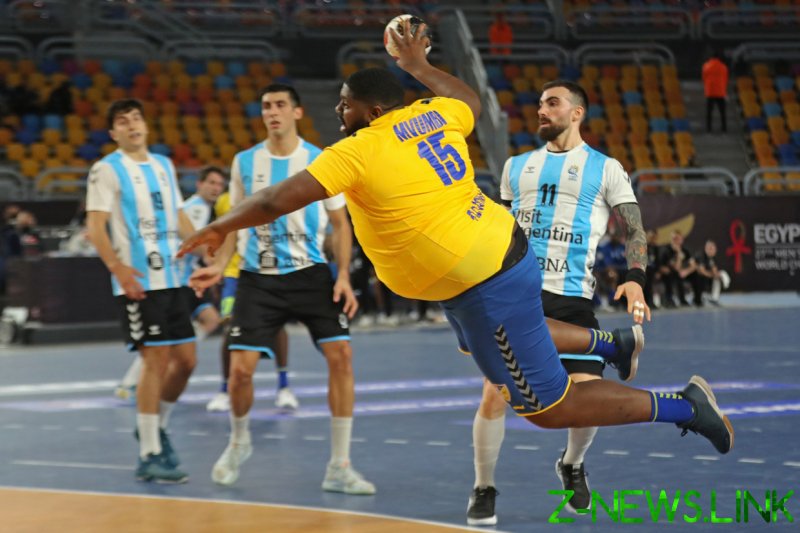 The next challenge for the man mountain and his team will be reigning Olympic champions Denmark in Cairo on Sunday.