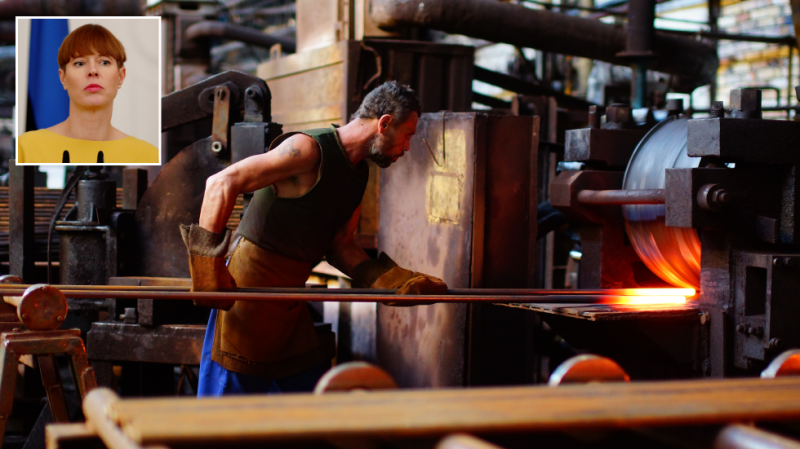 Speaking to local news outlet European Truth on Monday, after her attendance at the ‘Crimean Platform’ conference, the leader of the Baltic nation revealed that she “advises Estonians not to invest in Ukraine.” In her view, foreigners should “trade with Ukraine, but do not invest there” because “you may lose your investment” and be unable to recoup losses due to corruption and legal malpractice.

According to Kaljulaid, “we have already had cases when our people lost property here. And even after receiving an arbitration award in their favor, they were unable to regain their property.”

In order to turn around this situation, she said, “you need everyone who works, invests or pays into this country to be able to hope that the court system will deal with their case impartially in the event of a dispute [and] that the justice system is truly blind to the public status of the parties.”

“The economy will not grow until investors feel that they will be treated fairly,” the Estonian leader added, “and your people will not feel protected, small businesses will be limited in development.”

However, in an effort to avoid offending her hosts, Kaljulaid said that she would like “to emphasize that I appreciate what Ukraine has achieved. I understand that it is not easy to carry out economic reforms and wage war at the same time, and I applaud it. But you still have a lot left to do,” she concluded.

In addition, the head of the EU nation said that Brussels was unlikely to welcome Ukraine into the bloc until those changes are implemented. Asked about the prospects for Kiev’s long-standing application, she said that “first you must build your own economy, democracy and free society – only then can you even start asking about it. But until that’s done, you can’t even ask that question.”

Last week, Ukrainian President Volodymyr Zelensky raged at suggestions from US President Joe Biden that the country would have to “clean up corruption” before it would be accepted into the NATO military bloc.

“It’s very popular to accuse Ukraine of corruption, and it’s not that I hold these views only since I became president, but I’ve always felt offended by this,” Zelensky told reporters. “Because you know what? No country is free of corruption.”