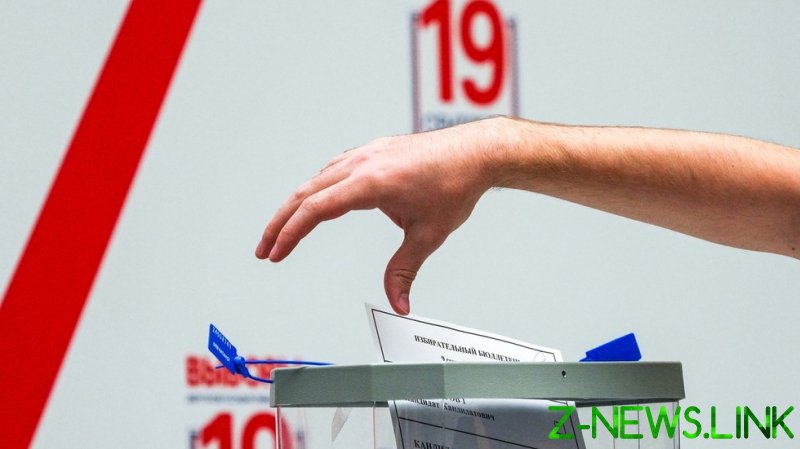 In a statement issued on Thursday evening, officials demanded that Apple and Google, as well as VPN service providers Cloudflare and Cisco, stop allowing users to access banned sites. “During the pre-election campaign, it is prohibited to enable the violation of Russian legislation, including those related to election campaigning on the internet,” Roskomnadzor said.

The row comes as authorities say more than 10 foreign firms, including those from the US, UK, Germany, France, and Ukraine, are offering services that enable restrictions to be bypassed, effectively making legal decisions to block websites unenforceable.

Specifically, officials say the four American firms named in the letter are supporting users to access the Smart Voting website set up by supporters of jailed opposition figure Alexey Navalny, as well as a mobile phone application used by campaigners. Navalny’s operations were branded a ‘foreign agent’ by the country’s Ministry of Justice over links to foreign funding, and his organizations were later deemed to be ‘extremist’ and banned by a court in Moscow.

Roskomnadzor says the Smart Voting platform is an extension of activities promoted by those organizations, and has moved to block it from appearing in results on Russia’s main domestic search engine, Yandex. Other providers have reportedly failed to comply with the restrictions.

In July, Foreign Minister Sergey Lavrov claimed that parliamentary elections due to be held next month could become a lightning rod for potential foreign interference. “Our Western colleagues do not hide the fact that many of them would prefer to deal with a weak Russia, devoid of landmarks – a Russia ready for any concessions. We see efforts, nearly daily, to influence our domestic and foreign policy,” he said.

“I want to say with full responsibility that the plans being hatched by the West will not work, the President [of Russia, Vladimir Putin] has repeatedly said this,” Lavrov fumed.