‘Don’t give him a platform!’: Liberals call to ‘boycott NBC’ after network announces Trump town hall clashing with Biden event 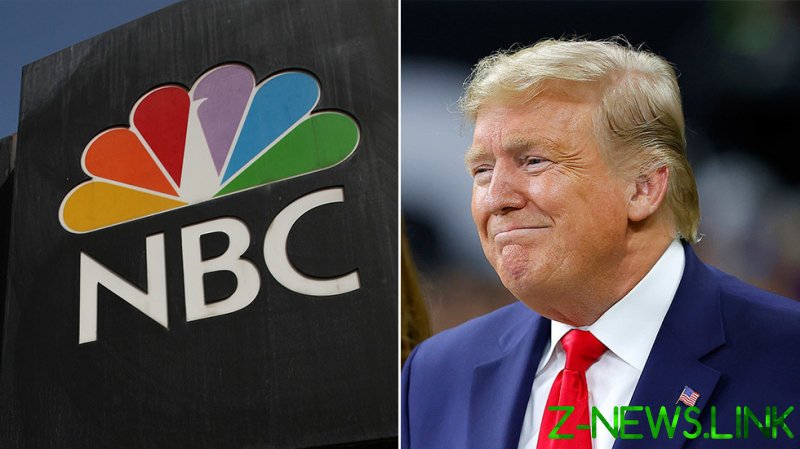 The network, which has been vociferously opposed to Donald Trump, announced on Wednesday that the president will take part in an NBC News town hall event in Miami on Thursday.

This news ruffled quite a few feathers online, particularly given the fact it will happen at exactly the same time as the Democratic challenger’s own separate town hall, which will air on ABC, inevitably setting up a ratings war.

Trump’s critics derided the network for “rewarding” him with a “platform” after he had earlier decided to skip a virtual debate with Biden.

NBC’s mostly liberal viewership were outraged that the network could put the president’s town hall in direct competition with Biden’s – and were quick to air their dissent.

“It looks like I will be getting my election news from CNN from now on,” tweeted a user going by the Twitter handle ‘Liz is for Hillary’.

The network’s fans-turned-critics launched the hashtag #BoycottNBC, calling on viewers to switch channel.

Others dug through NBC’s backlog, trying to highlight the network’s history of supposed malpractice in providing the president with media coverage. Unsurprisingly, Trump’s notorious 2015 hosting of ‘Saturday Night Live’ featured a lot.

US conservatives, however, seemingly “couldn’t wait” to watch a solo Trump event without Biden plugged into it.

The second presidential debate was canceled after Trump refused to participate virtually and Biden refused to push back dates for an in-person event. The doomed virtual-format change was decided on by the Commission on Presidential Debates after the commander-in-chief tested positive for Covid-19 earlier this month.