Home / WORLD / ‘Don’t get brazen with me!’ Judge in Rittenhouse case unloads on prosecutor (VIDEO)

‘Don’t get brazen with me!’ Judge in Rittenhouse case unloads on prosecutor (VIDEO) 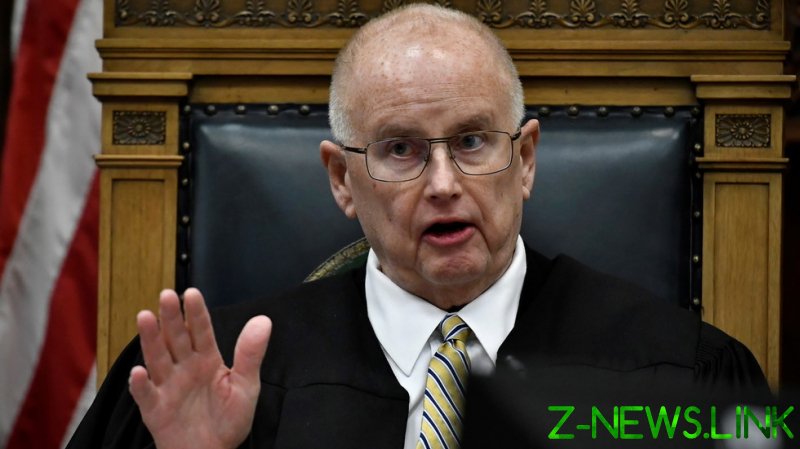 Facing multiple charges of first-degree homicide, 18-year-old Kyle Rittenhouse took the stand in his own trial on Wednesday, in a bid to convince jurors that he acted in self-defense when he shot and killed 36-year-old Joseph Rosenbaum and 26-year-old Anthony Huber, and wounded 27-year-old Gaige Grosskreutz during violent protests in Kenosha, Wisconsin, last year.

Cross-examining Rittenhouse, Kenosha County Assistant District Attorney Thomas Binger tried to make Rittenhouse admit that he “wished [he] had [his] AR-15 to protect someone’s property,” as Rittenhouse allegedly said in a video that was deemed inadmissible by Judge Schroeder.

Upon hearing Binger’s line of questioning, Schroeder paused the trial and directed the jury to leave the courtroom, before unloading on Binger.

“Don’t get brazen with me!” Schroeder yelled. “You know very well that an attorney can’t go into these types of areas when the judge has already ruled….so don’t give me that.”

The confrontation wasn’t the only tense moment between the pair. Binger opened his cross-examination by questioning why Rittenhouse waited until after a week and a half of testimony before taking the witness stand.

“The problem is this is a grave constitutional violation for you to talk about the Defendant’s silence,” Schroeder told Binger. “You are right on the borderline, you may be over. It better stop.”

Schroeder brought up the apparent constitutional violation again when scolding Schroeder over the inadmissible evidence. “I was astonished when you began his examination by commenting on the defendant’s post arrest silence,” he thundered. “That’s basic law. It’s been basic law in this country for 40 years, 50 years. I have no idea why you would do something like that…I don’t know what you’re up to.”

Rittenhouse’s defense later announced that they would make a motion for a mistrial with prejudice, which would prevent Rittenhouse from being retried. Schroeder said he would take the motion “under advisement.”

Barring a mistrial, Rittenhouse’s fate lies in the hands of the jury. If convicted of first-degree homicide, he faces life in prison.