‘Don’t fall asleep’: Trump trolls Biden ahead of summit with Putin, slams ‘lowlifes’ in US intelligence that undermined Helsinki 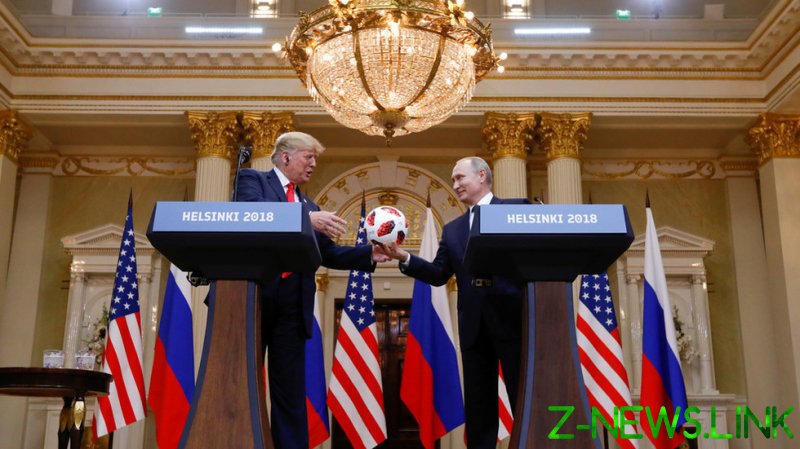 “Good luck to Biden in dealing with President Putin—don’t fall asleep during the meeting, and please give him my warmest regards!” Trump said in a statement on Thursday.

Biden is scheduled to meet with Putin in Geneva next week. Moscow has described the meeting as “very, very important” but cautioned that no one should have high hopes about its outcome. There is “no reason to expect any progress in reaching mutual understandings” or achieving a reset of relations, Kremlin spokesman Dmitry Peskov has told reporters.

Trump called the July 2018 summit in Helsinki, Finland “a great and very productive meeting” in which the US “won much, including the respect of President Putin and Russia” despite the “belated Fake News portrayal” of what happened.

Corporate US media had lost their mind over the summit, because Trump had supposedly sided with Putin over the US intelligence community, which insisted that Russia had meddled in the 2016 presidential election that saw Trump defeat Hillary Clinton – whom most outlets endorsed and viewed as the favorite.

“As to who do I trust, they asked, Russia or our ‘Intelligence’ from the Obama era, meaning people like Comey, McCabe, the two lovers, Brennan, Clapper, and numerous other sleezebags, or Russia, the answer, after all that has been found out and written, should be obvious,” Trump said on Thursday. “Our government has rarely had such lowlifes as these working for it.”

Director of National Intelligence James Clapper worked closely with CIA Director John Brennan to produce the infamous “intelligence community assessment” that claimed Russia had interfered in the 2016 US presidential election.

This is the “phony Russia, Russia, Russia Hoax” Trump referenced, saying it had put him and the US at a disadvantage when dealing with Putin, but that he overcame it nevertheless. The bit about it being “made-up and paid for by the Democrats and Crooked Hillary Clinton” was a reference to the notorious dossier compiled by a British spy Christopher Steele – paid by Clinton’s campaign through a series of cut-outs.

Entirely unsubstantiated, the Steele Dossier was used by the media to claim Trump was a Russian agent. It was also used by the FBI to obtain a series of FISA warrants to spy on Trump’s campaign via aide Carter Page, well into the first year of his administration.