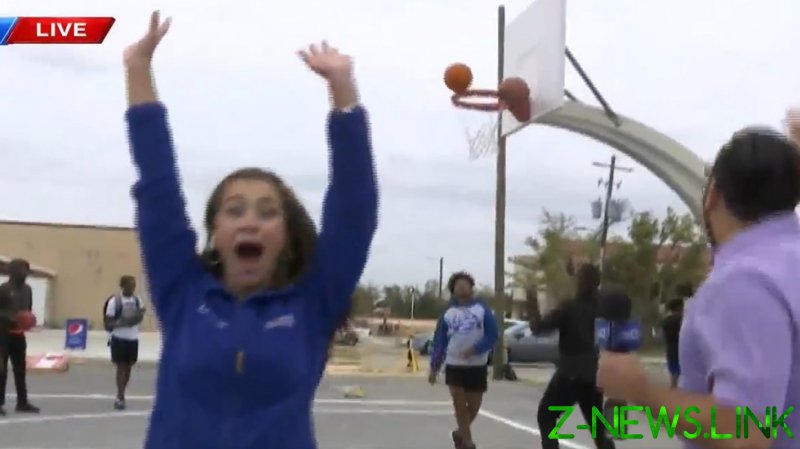 Hoffman is a reporter for WMBBTV News 13, and was shooting footage by the side of some public courts in Panama City, Florida.

Turning towards the hoop to close the segment, Hoffman let off an inch-perfect long-distance throw which seemed destined to become the perfect basket.

Right at the last second, however, while Hoffman was already cheering her feat and again facing the camera, another ball cruelly knocked it out of the way of glory.

“That’s March Madness for you folks … don’t ever celebrate too soon,” she wrote in the caption to a video of her exploits, which has been seen almost 3.4 million times on Twitter so far.

Naturally, the clip has creased viewers online, some of whom have been reminded of similar occurrences in the pro ranks.

“I can’t stop watching this,” wrote sports pundit Grant Paulsen, who also asked Hoffman: “When did you find out you hadn’t made it?”

“Not until I heard the anchor say ‘Great job Anna you almost made that shot’ so basically wayyyy after my celebration,” Hoffman replied.

“You can’t argue with people who think they made it,” quipped one user.

“C’mon. You gotta at least see it get into the net before you celebrate. WTH?,” asked another.