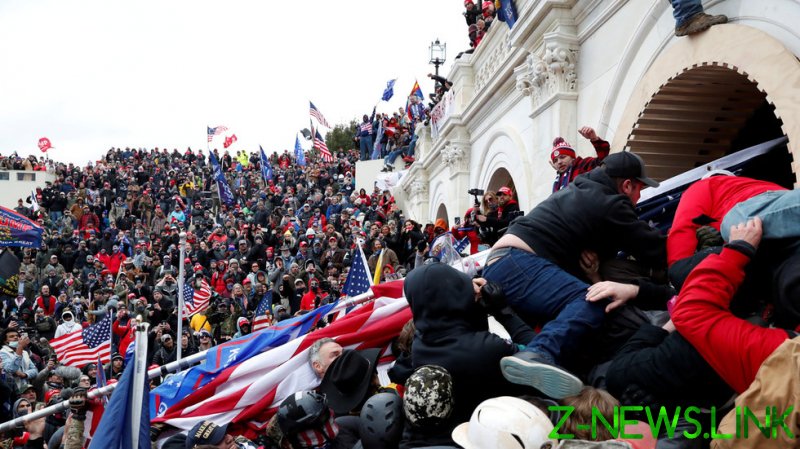 Biden slammed outgoing President Donald Trump for playing a role in the “chaos,” which saw ‘Stop the Steal’ crowds force their way into the seat of American government on Wednesday, resulting in the temporary suspension of the congressional certification of Biden’s election win.

Four people died during the incident, one of whom was shot by Capitol Police, and 68 people were arrested.

“For four years we have had a president who has made his contempt for our democracy, our constitution, the rule of law clear in everything he has done.”

Democrat House Speaker Nancy Pelosi, who has called for Trump to be impeached and for the Capitol police chief to be fired in the wake of Wednesday’s unrest, echoed Biden’s remarks in calling the rioters “terrorists.”

“The president of the United States incited an armed insurrection against America,” Pelosi added.