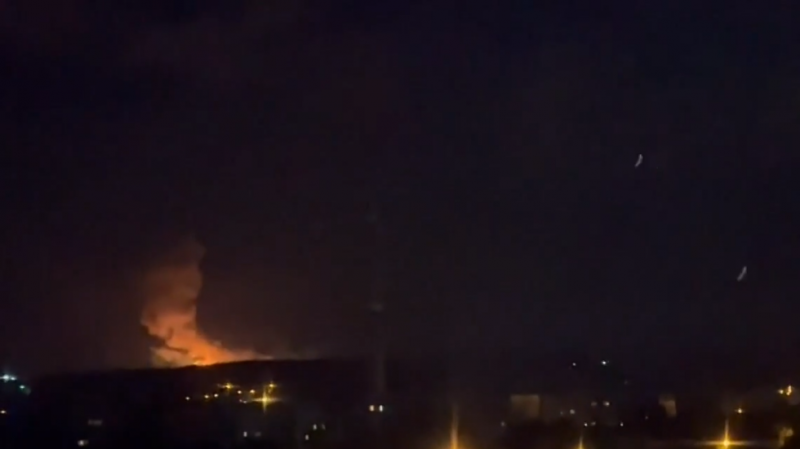 Powerful explosions heard overnight in the city of Lugansk in Donbass were caused by a successful Ukrainian attack on a military site near the city, the Lugansk People’s Republic (LPR) confirmed on Wednesday.

Footage of the incident shows a large fire raging near the city, with explosions heard thundering in the distance.

According to Vitaly Kiselev, the deputy defense minister of the LPR, Ukrainian forces fired multiple rockets at a military facility near the city.

“Our air defense engaged them and shut down all but one, which hit an ammo depot,” he told Russia’s TASS news agency. “The munitions caught fire, blew up and were scattered 1.5- 2km or even 3km away.”

The LPR official earlier reported that Ukraine fired nine missiles from a US-made HIMARS multiple rocket systems at around midnight. The barrage was initially misidentified as a single Tochka-U tactical ballistic missile, Kiselev said at the time. He also noted that Ukrainian forces targeted an air defense base protecting the city from regular attacks.

The republic, which Russia recognized as a sovereign state days before launching its offensive against Ukraine, didn’t offer any details about damage or possible casualties caused by the Ukrainian strike. 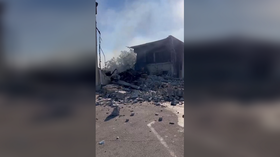 Earlier this week, Ukraine struck the Russian-controlled city of Novaya Kakhovka in Kherson Region, which locals said was a fertilizer storage facility and Kiev said was an ammunition depot.

The strike on Monday evening killed at least seven people and injured dozens of others. It sparked a massive explosion, sending fireballs into the night sky. City officials compared it to the ammonium nitrate explosion in Beirut in 2020.