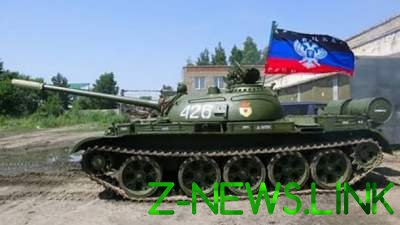 The militants of the breakaway republics brought into the zone ATO heavy weapons. Military equipment terrorists have crossed from Russia.

This was announced by the head of group “Information resistance” Dmitry Tymchuk.

It is known that Russia sent to the Donbass fuel, “Grady” and armored personnel carriers.

To ensure that terrorist activities of units and formations “1 AK DND” and “LNB 2 AK” during the week from Russia was delivered about 1,600 tons fuel, 600 tons of material-technical means (railway station, Rovenki and brandishing), and not less than 20 units of heavy weaponry, in particular, 4 122-mm MLRS “Grad”, – stated in the message of Dmitry Tymchuk.

See also:  In the United States announced a possible invasion of Russia in Libya

In addition, according to the head of group “Information resistance” in the area of main base of storage of military equipment in Unmarked have recorded the completion of heavy weapons. We are talking about more than 10 units, new and refurbished APC.

It is noted that for the past week, the terrorists were actively shelling Ukrainian positions in the area of Svetlodarsk arc and Bakhmutskaya track. The enemy has stepped up the exploration in order to find the military stores of the APU, as well as to track rotation of troops. Terrorists daily check combat readiness positions “1 AK DND” and “LNB 2 AK”, firing their heavy weapons.

It is known that in Donetsk there arrived the group of trainers who are military personnel in Russia. Professional fighters are training gunners and snipers.