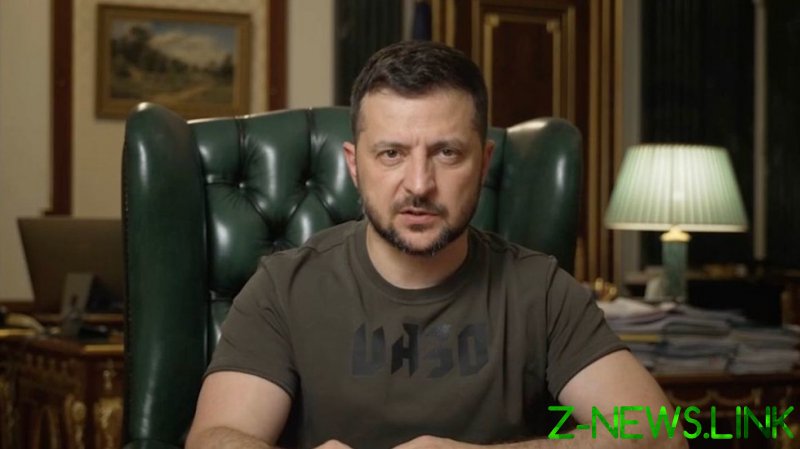 Ukrainian President Vladimir Zelensky said on Tuesday that the fighting in Donbass was “hell,” claiming that Kiev’s military remained heavily outgunned and even outnumbered by Russia and appealing to the US and its allies for even more weapons such as the HIMARS rocket launchers.

In a five-minute address to Ukrainians, Zelensky thanked US President Joe Biden and NATO for sending the rocket artillery, calling it “very effective” and vowing to inflict “more painful losses” on the Russians, whom he described as a “horde” of invaders.

“The word ‘HIMARS’ has become almost synonymous with the word ‘justice’ for our country,” Zelensky said.

The US has sent 16 of the High Mobility Artillery Rocket Systems to Ukraine so far. Russia said it had destroyed four of them, though Ukraine and the Pentagon have denied this. Zelensky added that he was expecting even more weapons from the West and thanked the Ukrainian diplomats trying to arrange for additional shipments.

“Yet we are unable to break the Russian army’s advantage in artillery and manpower, and this is very much felt in the fighting, especially in Donbass. Peski, Avdeevka, other directions … It’s just hell there. It cannot even be described in words,” the Ukrainian president added. 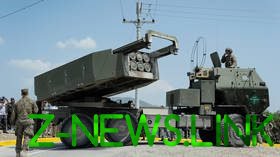 The two towns near Donetsk, heavily fortified since 2015, have seen heavy fighting over the past week. On Tuesday, Ukrainian journalist Yuriy Butusov, embedded with the military in Donbass, posted an expletive-laden report from Peski calling it a “meat grinder.” Butusov infamously filmed himself firing a cannon on the Donbass “separatists” last year.

“There is no counter-battery fire, none at all,” he wrote on Tuesday. Russian forces were firing “6,500 shells per f****g village in less than 24 hours. It’s been like this for six days now, and it’s hard to fathom how any number of our infantry remain alive under this barrage.”

Ukrainian troops were holding the line, Butusov claimed, but “without counter-battery fighting, it turns into a senseless meat grinder, where huge numbers of our infantry are chewed up in one day.” According to Butusov, a reserve platoon that tried to advance was taken apart in minutes, with only one out of 15 men left unharmed.

“All the reserves are spent, the military equipment goes up in flames, and the enemy approaches and takes our positions without any problems after another barrage of artillery,” he wrote. “Right now we are losing Péski, all our human and material capabilities are almost exhausted.”

While Zelensky did not go into this much detail, he did say that of the 167 service members he was decorating this week, 32 would get their awards posthumously.