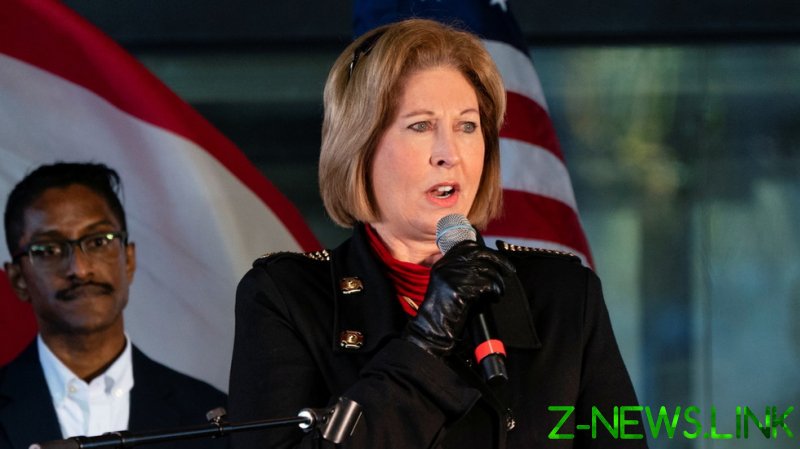 In a 124-page complaint filed with the US District Court for the District of Columbia, Dominion claimed they have been negatively impacted by a “viral disinformation campaign” pushed by Powell that worked to “financially enrich herself, to raise her public profile, and to ingratiate herself to Donald Trump.”

Powell, along with numerous other Trump supporters, have pointed to Dominion as partly being responsible for Joe Biden’s 2020 presidential victory, alleging the machines were rigged to count ballots in favor of the Democrat and financed through foreign funding.

Dominion CEO John Poulos told The Washington Post the impacts of allegations against his company go “so far beyond us” and the lawsuit is “important for the entire electoral process.”

Employees of the company have allegedly received death threats since their voting machines have become the center of conspiracy theories for Trump supporters, and more than half a million has been spent on protection for personnel since the election.

Thomas A. Clare, an attorney representing Dominion, pointed to Powell as “the originator” of many attacks on Dominion, but said far more people could face litigation down the road.

Lin Wood, another pro-Trump lawyer who has pushed voter fraud claims, slammed the lawsuit as an attempt to “intimidate people from telling the truth.”

Dominion previously demanded Powell retract some of her statements about the company, which the lawyer emphatically refused to do, calling the company “fraud masters.”

Dominion is seeking $1.3 billion in compensatory and punitive damages. They are also seeking for Powell to be blocked from making further defamatory statements about the company.