Dominance of West is coming to an end, former UK PM says 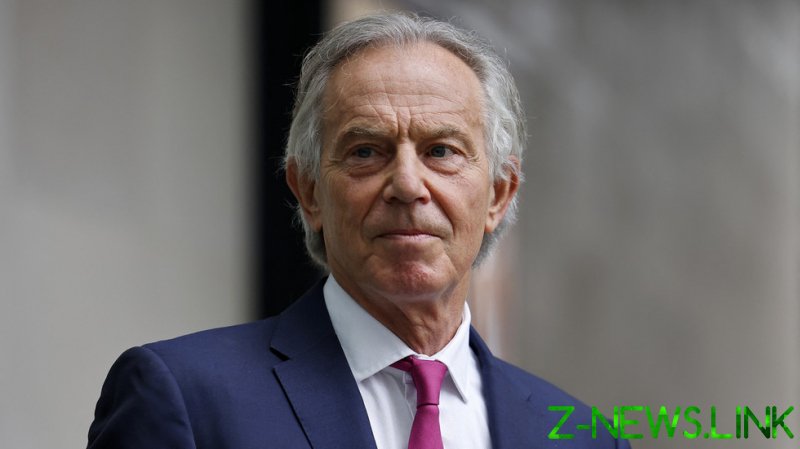 For the first time in modern history the East can be on equal terms with the West, as the global dominance of the US and its allies comes to an end, former British prime minister Tony Blair has said.

Due to the effects of the Covid-19 pandemic and the conflict in Ukraine, “for a large part of the Western population, living standards are stagnating,” Blair noted in his annual lecture at the Ditchley Foundation on Saturday.

“Western politics is in turmoil – more partisan, ugly, unproductive; and fueled by social media,” which affects both domestic and international affairs, Blair said, arguing that Russia’s military operation in Ukraine “should become a pivot point reviving our [Western] sense of mission.”

However, according to the 69-year-old, who led the UK government from 1997 to 2007, “the biggest geopolitical change of this century will come from China not Russia.”

“We are coming to the end of Western political and economic dominance. The world is going to be at least bi-polar and possibly multi-polar,” he predicted.

China, which is “already the world’s second superpower,” will compete with the West “not just for power but against our system, our way of governing and living,” the Labour politician warned. Beijing “will not be alone. It will have allies. Russia now for sure. Possibly Iran.”

“It is the first time in modern history that the East can be on equal terms with the West,” he added.

The former premier said the events in Ukraine have made it clear the West “cannot rely on the Chinese leadership to behave in the way we would consider rational. Don’t misunderstand me. I am not saying in the near term that China would attempt to take [the self-governed island of] Taiwan by force. But we can’t base our policy on the certainty that it wouldn’t.”

In order to stay relevant in the new environment, the West needs to develop a common strategy, “pursued with coordination, commitment and competence,” with higher defense spending to “maintain military superiority” while expanding so-called “soft power” by building ties with developing countries, Blair concluded.