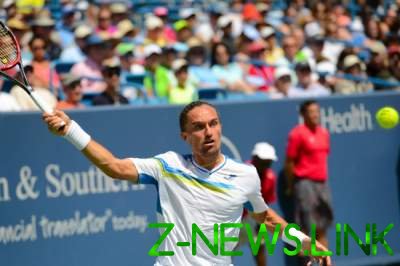 The strongest Ukrainian tennis player Alexander Dolgopolov has acted disgracefully in Basel ATP series-500 with a prize Fund of €2,291,860.

The key point of the first set occurred in the opening game – Dolgopolov dry gave his submission, and the only chance to get back in the game was lost in the eighth game, when Ryan played the break-point.

The second set quickly became a formality: the three Dolgopolov lost his serve and gave Harrison a place in the next round of the tournament in Basel.

Dolgopolov is the fourth time participated in “Swiss Indoors Basel”, and only in 2013, the strongest tennis player of Ukraine managed to reach the second round.

During a speech in Basel Alexander Dolgopolov will receive a check for 13 million euros. The defeat in the first round did not bring the Ukrainian points in the ATP ranking.