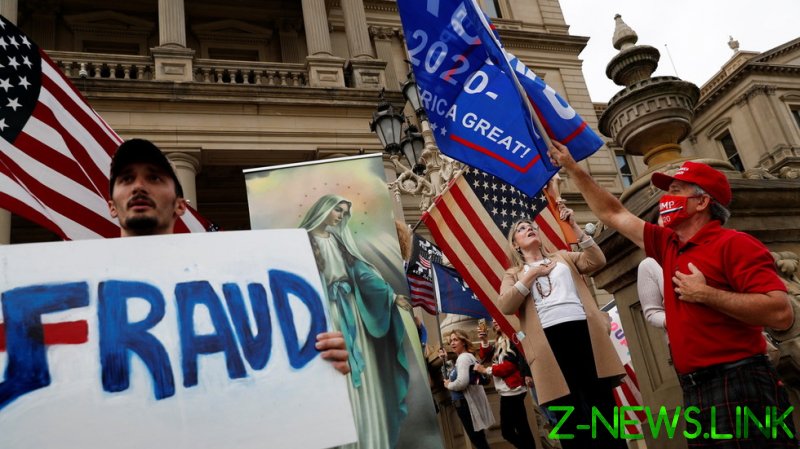 “Having familiarized myself with the new policy and its ramifications,” Richard Pilger wrote in an email to his colleagues, obtained on Monday by the New York Times, “I must regretfully resign from my role as director of the Election Crimes Branch.”

Pilger reportedly said he would move to a different role at the DOJ, working on corruption prosecutions.

The policy change mentioned by Pilger was outlined by Barr in a memo on Monday, with the AG arguing that it is “imperative that the American people can trust that our elections were conducted in such a way that the outcomes accurately reflect the will of the voters.”

Previously, the ECB would not take overt investigative steps until the election was over, its results certified and all recounts and other contests concluded, Barr wrote, but “such a passive and delayed enforcement approach can result in situations in which election misconduct cannot realistically be rectified.”

Barr’s new policy authorizes inquiries and reviews if there are “clear and apparently credible allegations” of irregularities that, “if true, could potentially impact the outcome of a federal election in an individual state.”

Urging the prosecutors to address these allegations in a “timely and effective manner,” Barr cautioned that they should maintain the DOJ’s “absolute commitment to fairness, neutrality and non-partisanship” and not initiate probes based on “specious, speculative, fanciful or far-fetched claims.”

According to the Times, Barr has already authorized investigations into Republican allegations that there were ineligible voters in Nevada and backdated mail-in ballots in Pennsylvania.

While Democrat Joe Biden declared victory on Saturday after mainstream media reported that he has more than the 270 electoral votes needed, President Donald Trump has challenged that in court. None of the states have yet certified their election results, and Trump’s lawsuits seek an audit of the vote in multiple states where his early lead was wiped out by mail-in votes counted long after Election Day.

Democrats, mainstream media outlets and social media giants have insisted there is no “widespread” voter or election fraud, labeling all of Trump’s claims as “unfounded” or “disputed.”