Home / WORLD / ‘Doesn’t matter when’: Biden goes to Congress to convince Dems to ‘Build Back Better’ as his signature bills stall on Capitol Hill

‘Doesn’t matter when’: Biden goes to Congress to convince Dems to ‘Build Back Better’ as his signature bills stall on Capitol Hill 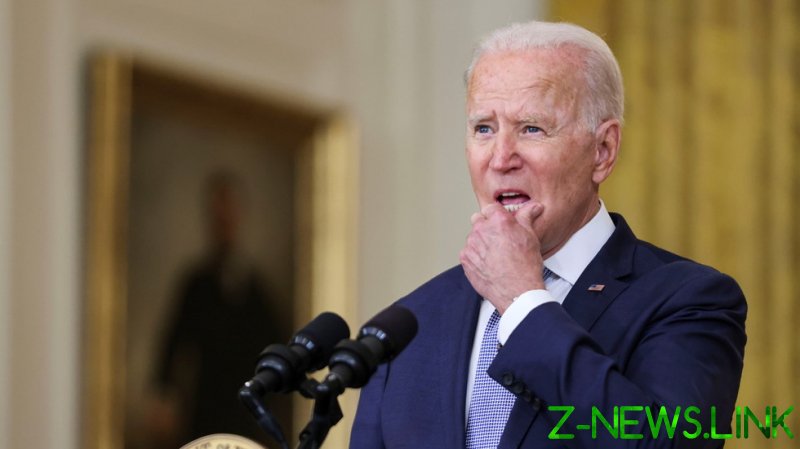 Biden spoke with lawmakers from his party on Friday afternoon, shortly before they were set to decamp from Washington after another day without the passage of two mammoth spending bills: a $1 trillion infrastructure bill that already has bipartisan support in the Senate, and a whopping $3.5 trillion bill rolling in “human infrastructure” provisions, new climate laws, welfare expansion and tax hikes.

While the first bill has bipartisan support, progressives say they won’t vote for it without a guarantee that House Speaker Nancy Pelosi (D-California) will also put the larger bill up for a vote. While Democrats are utilizing a process called ‘budget reconciliation’ to pass the larger bill with a simple majority, which they hold in both houses of Congress, Democratic Senators Joe Manchin (West Virginia) and Kyrsten Sinema (Arizona) oppose the bill’s astronomical price tag. With control split 50-50, a defection by either would be enough to scupper its passage.

The content of Biden’s talks with lawmakers is unclear, though the president has already met with Manchin and Sinema in a bid to squeeze some compromise out of the pair of recalcitrant Democrats. Manchin has stated that he would support a reconciliation bill with a price tag under $1.5 trillion, along with an amendment prohibiting federal funding for abortion.

Sinema hasn’t floated a concrete figure, but refused to sign on to a $2.1 trillion cap proposed by the White House on Thursday, according to Politico. Sinema also won’t be holding any in-person discussions with Biden on Friday, as she headed home to Arizona earlier in the day.

Biden, however, remains confident that Sinema and Manchin will eventually compromise or cave. “It doesn’t matter. It doesn’t matter whether it’s in six minutes, six days, or six weeks… we’re going to get it done,” he told reporters on Friday.