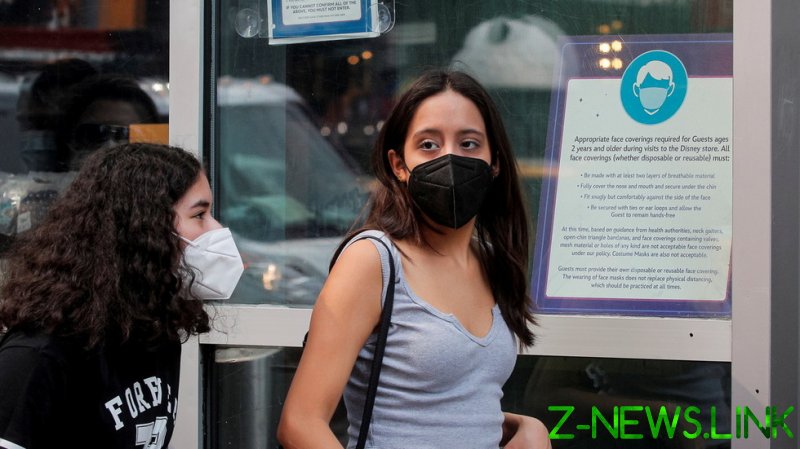 The Delta variant of the coronavirus may be more transmissible than previous variants, but the World Health Organisation (WHO) doesn’t know how or why, Maria Van Kerkhove, the WHO’s Covid-19 technical lead, told a briefing on Friday. Van Kerkhove noted that “a few countries” were seeing a rise in hospitalizations, but that this rise, and the rise in cases, “has not translated into increased mortality.”

Van Kerkhove’s claim is borne out in real life. Daily new cases of Covid-19 have quadrupled in the US since June, according to data from the Centers for Disease Control and Prevention (CDC). However, daily deaths have halved since April. Likewise in the UK, over a million cases were recorded last month, nearly reaching the record 1.3 million reported in January, but only 1,400 deaths were recorded, less than a twentieth of January’s death toll, per data from Johns Hopkins University.

Van Kerkhove insisted that vaccines remain effective at preventing severe disease and death, and although the vaccinated can still become infected and transmit the virus, “the likelihood of this is much reduced if you are vaccinated.”

Nevertheless, the threat of infection and transmission even among the vaccinated prompted the CDC this week to reverse its earlier guidance and recommend that everyone, vaccinated or not, wear face masks indoors in areas with increased transmission. This recommendation was embraced by the administration of US President Joe Biden (which mandated masks on Thursday for all federal workers), by employers, and by local officials in Democrat-run cities and states.

The CDC’s guidance was based in part on a study that found high viral loads in the airways of vaccinated people, drew a link between these loads and increased transmission, and recommended continued restrictions even after mass vaccination. However, the study has not passed peer review and was conducted in India on a small number of subjects using a vaccine not authorized for use in America, and it being used to back up the new mask guidance has caused ructions in the US. Calling the preliminary Indian research flimsy, Republicans have accused the CDC of using it to “control Americans.”

WHO emergencies chief Mike Ryan told Friday’s briefing that research on “the dynamics of how and why [the Delta variant] is more transmissible is still underway.” However, Ryan struck a similar tone as the CDC, arguing that although the virus “has gotten fitter [and] gotten faster…it doesn’t change our game plan.”

That plan, he explained, is to continue to administer vaccines and continue with social distancing, masking, and restrictions on gatherings.