Home / WORLD / Documents reveal how Ben Affleck got into the CIA, promising to ‘do the Agency proud’

Documents reveal how Ben Affleck got into the CIA, promising to ‘do the Agency proud’ 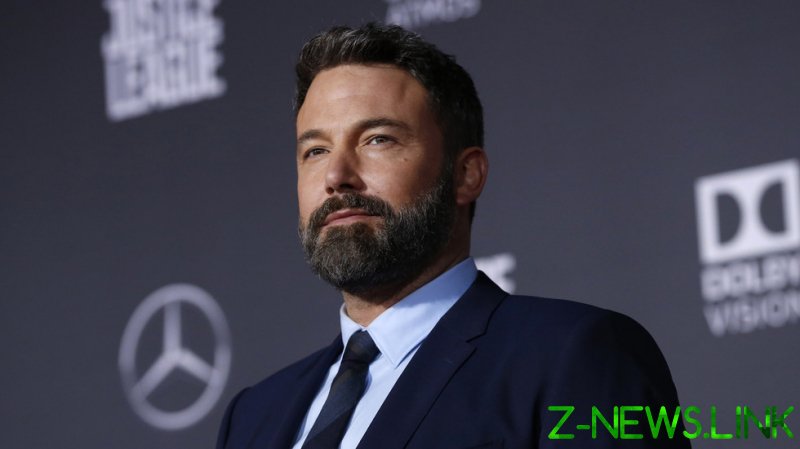 In late 2012 Ben Affleck was on the promotional circuit for Argo. Naturally, this led to questions about the CIA-Hollywood connection and, in one interview, Affleck commented “Probably Hollywood is full of CIA agents, and we just don’t know it.”  When he was asked if he was working for the CIA Affleck replied, “I am, yes, and now you’ve blown my cover.”

At the time these comments were widely interpreted as a joke, a flip response to an absurd question. But behind the scenes, Argo was supported by the CIA and Affleck had previously worked closely with the Agency when he played Jack Ryan in 2002’s The Sum of All Fears.

According to production notes for the nuclear terrorist spy thriller, then CIA-Hollywood liaison Chase Brandon arranged for Affleck to make multiple visits to CIA headquarters in Langley, Virginia.

Brandon observed, “One of the things, I think, that benefited Ben as he walked around the agency was to simply feel the atmosphere of the place.  There’s a very palpable sense of mission and importance to what goes on there, and I think Ben picked up on that simply by being in the building.”

Likewise, Affleck’s ex-wife Jennifer Garner starred in the CIA-supported series Alias, and appeared in a CIA recruitment ad after having been recruited herself for the role by Brandon.

Details about how the Agency worked with the Argo film makers, and Affleck in particular, were scant, despite the film being a major topic for commentators and water-cooler conversations, and the film proving a massive commercial and critical success and winning multiple Oscars.

Scant, that is, until now.

In response to an eight-year-old FOIA request by British academic Matthew Alford, the CIA recently released over 200 pages of documents that shed new light on the “close working relationship” between the Agency and the makers of Argo, especially Affleck, the film’s director and star.

Alford, my co-author on National Security Cinema: The Shocking New Evidence of Government Control in Hollywood, commented “I was very confused when the documents came through the door. I had totally forgotten that I’d put in a request for CIA correspondence on Argo. That’s because I did it in 2012.” He added, “I really don’t think they like releasing material on this, at least not to us.”

For some time the CIA had wanted someone to make a movie about the Argo operation, and even promoted it as a suggested movie plot on their Entertainment Industry Liaison page in 2007.

Though George Clooney and Grant Heslov had the movie in development for several years, it wasn’t until Warner Brothers invited Affleck to join the party that the project really took off. He worked closely with Tony Mendez, the former CIA officer who Affleck played in the film and the man behind the idea to disguise the embassy staff as a Hollywood movie crew, and it was through Mendez that Affleck reconnected with the Agency.

As the CIA documents reveal, in March 2011 Affleck and Mendez went on a tour of the Old Naval Observatory, the former headquarters of the CIA as well as their predecessor the OSS, and the base for the Agency’s Office of Technical Services where Mendez worked at the time of the Argo operation.

The tour was arranged by the US State Department and the CIA, and was followed by a visit to Langley, Virginia, for a roundtable in the Director’s Conference Room where Affleck discussed the project with CIA officials. An internal email outlines how the CIA were “hoping to develop a close working relationship with the film makers on this project.”

During this visit to Langley, Affleck looked around the CIA museum and asked for copies of historical photographs in their archives, which were released after a lengthy clearance process. In an email he thanked the Agency for their help, saying “I am extremely grateful and hope very much to tell a story that does Tony and the Agency justice.” Affleck’s email finished, “I look forward to returning to headquarters again soon.”

One officer replied “I’d be happy to support another visit by you or others working with you on the film,” adding “I love opportunities to show off our Langley home.”

In May Affleck inquired about getting permission to film at Langley, and the following month he and several of the production crew took another trip to CIA headquarters.

After the tour, Affleck fired off another email to the CIA, again asking about getting filming permission.  One public affairs officer wrote back to assure Affleck “We’re trying,” while another replied “We’re excited about the filming, and want to make this work.” Referring to Affleck’s latest visit the email continued, “And, you definitely gave our new hires something to call home about!”

On Argo, Affleck, production designer Sharon Seymour and executive producer Chris Brigham kept following up, trying to get permission to film inside the Langley campus and the Old Headquarters Building. It was only after several script reviews that permission was granted, leading the Deputy Director for Public Affairs to write an email effusively thanking the bosses for their decision. He described Argo as “A good news CIA story, with real life CIA good guys.” The official then wrote to Affleck to tell him the “good news” and Affleck shot back “This is great!!! Thank you so much!! I am thrilled. Please let me know whatever I can do. This is a thrill. We will do the agency proud I promise you.”

In September location manager Peggy Pridemore – who was simultaneously working with the Agency on filming near the Langley campus for Covert Affairs – was allowed into the CIA Director’s office during another visit, while actor Bryan Cranston was given a tour of the facility in October, and met with CIA officers to learn about, “how their lives work, keeping secrets, effects on their home life.” In a Q&A session included as a bonus with Argo’s DVD release, Cranston opined “The most interesting thing about Langley was the food court. There’s a Subway, there’s the Burger King. And you start thinking about it and you realize, they can’t send out for pizza, Dominos doesn’t make that drive.”

Cranston recalled that the shoot itself was a day of “Top security, and I do mean top.” He recounted a moment when two SPS officers from the CIA’s internal police came round a corner while they were shooting inside Langley, and he asked them if everything was OK and one told him “There’s a Samsung phone on in one of these two gentlemen’s pockets.” Cranston was shocked by “The fact that he knew the brand, and exactly where it was, through the electronics.” Screenwriter Chris Terrio echoed this, describing how “I remember as the shoot was wrapping there were people who were scanning and debugging that hallway we were in.”

Months later, as the film was being finalised producer Chay Carter wrote to the CIA to get permission to thank the Agency in the credits, and one officer responded saying they would check with their superiors, effusing: “The trailer has been making the rounds here, and everyone – from the boss on down – loves it. We are really excited.” Weeks later, a special screening was held for a group of CIA officers, including Director David Petraeus, ahead of the film’s general release.

A third of Argo viewers felt better about the CIA

This unusually close relationship resulted in a runaway critical and commercial success, as well as a PR boon for the CIA, who were so appreciative of what Affleck had done for them that they used their Twitter account to thank him, and to say “Letting Ben Affleck film here? Best bad idea we’ve had.”

But it isn’t just the CIA’s opinion that the movie had a major positive influence on their public image.

A 2014 study by Michelle Pautz found that opinions of government agencies, levels of trust in the government and faith in the general direction of the country all improved after watching Argo, and the similarly CIA-supported film Zero Dark Thirty.

In particular, 34% of people who saw Argo ‘recorded an improvement in their assessment of the CIA’, underlining how effectively this collaboration boosted public opinion of the Agency.

Agent Affleck’s promise to “do the agency proud” paid off.