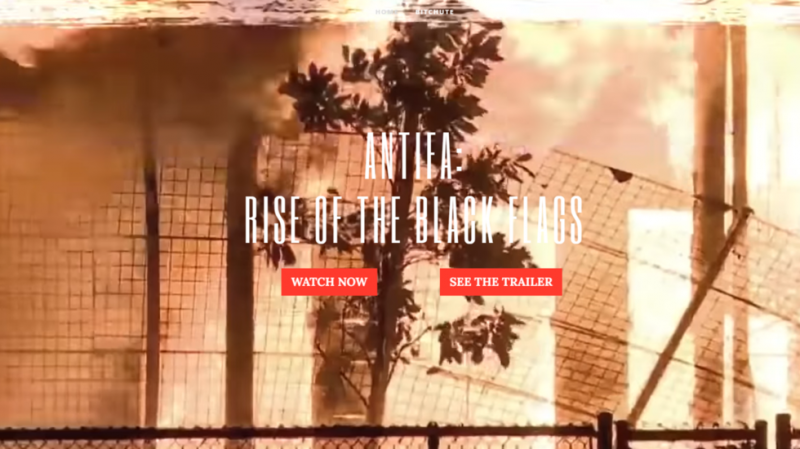 The documentary, called “Antifa: Rise of the Black Flags,” was blocked within a few hours on YouTube and Vimeo after being released Saturday night. The video was taken down for violations of the video-sharing sites’ guidelines.

While on YouTube the original version was apparently blocked due to copyright claims, Vimeo reportedly told the video’s uploader:

Journalist Jack Posobiec, one of the documentary’s creators, said he expected Big Tech censorship and reuploaded the film in other places, such as Bitchute, Rumble and PureSocialTV, to ensure that people could see it.

While the original upload was wiped from YouTube, multiple age-restricted and demonetized copies of the film were still available on Sunday night.

The film details the rise of Antifa, its increased prominence in the Trump era, and the transnational group’s revolutionary aspirations in the US and Europe. It features interviews with such experts as UK political activist Raheem Kassam and national-security consultant David Reaboi.

Ironically, one of the reasons given for censoring the film contradicts the mainstream-media narrative on Antifa. Biden, the Democrat presidential candidate, tried to downplay the group as “an idea” in his Oct. 22 debate with President Donald Trump.

CNN, MSNBC and other media outlets – along with Democrat political figures such as Michelle Obama – have tried to dismiss Antifa and riots during Black Lives Matter rallies as “mostly peaceful” protests. CNN went so far as to describe an August riot in Wisconsin, where a fire could clearly be seen burning over the on-scene reporter’s shoulder, as “fiery but mostly peaceful.”

Posobiec pointed out that all the footage shown in the film was from news broadcasts or other verified sources. None of the scenes was extreme, he said, and most could already be found on YouTube.