Doctors told how to lower blood pressure without medication 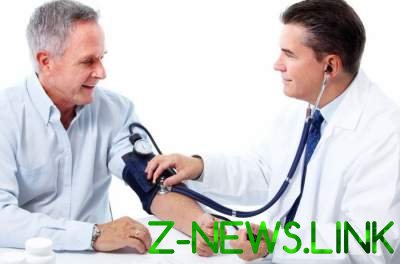 The researchers said that thanks to the kefir normalizes the connection between the digestive and nervous systems of the body.

Data joint work of scientists from Auburn University (USA) and the University of Vila Velha (Brazil) indicate that eating yogurt is very helpful for hypertensive patients – this product helps them to reduce high blood pressure.

Even before it was established that the imbalance of bacterial flora in the intestine contributes to spikes in blood pressure. An experiment with rats, suffering from hypertension, have helped scientists to conclude that probiotics contained in yogurt, to provide communication between the gut and the brain, including antihypertensive mechanisms.

During testing animals hypertension patients, divided into groups: the first received regular yogurt, the second was deprived of this product. In the control group were healthy rats. After nine weeks, the researchers checked the condition of the animals, and found that “kefir” group fermented milk drink helped the rodents to normalize the pressure. In these rats, as it turned out, improved the barrier function of the intestine, due to which blood does not penetrate pathogenic microorganisms. In their body has decreased levels of endotoxins – toxic substances that can compromise cellular integrity.

Scientists concluded that due to the kefir probiotics digestive and nervous system began to operate in a special mode of coherence, which eventually helped to reduce high blood pressure in ailing animals.

“Kefir has restored a natural balance between the four primary beneficial bacteria living in the gut and the specific enzyme in the brain, which affects the normal function of the nervous system,” said scientists.