Doctors have suggested how to reduce the risk of tick bites 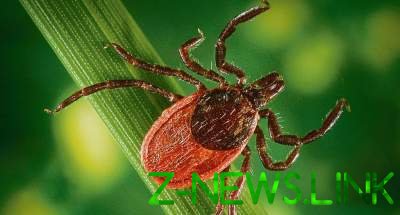 With the arrival of scales in all regions of the country began to Wake up with ticks. Although it is worth noting that the season of ticks in recent years due to climate change and, as a result, weather conditions have become almost year-round – the last case is fixed, usually at the beginning of winter, and the first – even before the calendar onset of spring. But the main thing that ticks is not only not nice but also quite dangerous.

As the doctor says Victoria Savitskaya, in the Ukrainian society, the danger from ticks is often underestimated, or Vice versa – are afraid. And they are both wrong. Because you should know the simple rules of security gimmicks that will help to reduce the risk of bite and, most importantly – what to do when a bite could not be avoided.

“Each tick potentially dangerous. His bite is a lottery, because the small bloodsuckers are carriers of many diseases and infections. In Ukraine, fortunately, they are much smaller than in most other countries, where widespread bloodsuckers – it facilitates diagnosis and allows you to react faster. The most common is Lyme disease, or Lyme borreliosis. Cases are recorded annually and in large numbers – last year there were more than 2.4 thousand,” – said the doctor.

The disease is treated quite simply, but only on the condition that she was diagnosed, and this is possible only in the conditions of clinics and the availability of special equipment, which is another reason not to self-medicate.

Encephalitis, which is the main horror story associated with ticks in Ukraine is not very common, last year there was only one such case. The most dangerous regions in this context are the Crimea, Volyn and Lviv.

“However, even a single case in the thousands is a precedent, because the experts never rule out such risk. We must remember that the disease may be fatal or cause disabilities,” the doctor added.

The expert also added that this infection is more often recorded in European countries. Therefore tourists should be extra vigilant, especially if they like to travel with us to walk the forests, parks and green areas.

It should also be remembered that in addition to serious infections, mites can cause sores and irritation of the skin, which if handled incorrectly can also result in unfortunate consequences.

“If the parasite is removed correctly and in a timely manner, to the affected area of skin may form a plague, as often the head of the tick remains under the skin and begins to rot. Therefore, if a mite were detected immediately and had to dig deep, not worth the risk to remove it by yourself, a specialist will do it for a few minutes and completely safe and painless,” says the doctor.

See also:  In Russia, a drunken patient was severely beaten by the doctors. Video

The highest activity of ticks is recorded in April-may and August-September, but do not think that in other months the danger is missing. Alert should be almost all year round. This is especially true of lovers in the woods and nature walks and urban parks where ticks are also a great many.

To talk about what time of day, what area and in what weather ticks are the most dangerous – means to deceive himself. As the risk of “meetings” with them in the green areas, however, as in city parks, on lawns, and even near lawns near apartment buildings is quite high. The trend seen is that in very hot weather, ticks are less active, and in wet weather begin to look out for their victims EN masse and go hunting.

It is also impossible to say that ticks are found only in certain plants and is home to various trees – even if to clearly identify their favorite places during the day, mites can travel great distances. Noted, however, that most victims of bloodsuckers people and animals are in close proximity to pastures, on the edge of the forest plantation, near the glades and marshy areas. Traditionally, most of the mites in the old coniferous-deciduous forests and on the edges of forest roads. This is due to the parasites comfortable for the conditions, because in such areas they are delayed.

Another myth about ticks is that they supposedly jump on their victims from trees. Typically, your lunch ticks wait on low vegetation, often on the underside of the leaf. And jump, and wait until the potential victim, passing by, touch a blade of grass leg that will allow him to attack immediately, and already there going through the clothes, choose a comfortable place to bite.

Of course, to fully protect yourself from a tick bite is not under force to anybody, but you can minimize risk, if the time to notice the sucker not to attract the attention of ticks when enjoying the outdoors.

“The most commonly ticks fixed in the skin folds. They secrete some substances which actually act as anesthesia to people they simply do not feel it. Because after returning from the forest, should take a shower, to see all the parts of the body, especially in “difficult” areas, such as behind the ear, below the knee, the elbows and the underarm area.

See also:  Morning habits that can ruin your health

Before going to the Park or the forest plan for the most safe outfit – long pants and tight underwear. Is tops, open shirts and t-shirts better to choose a shirt sleeve to a closed clothes was not hot, choose natural fabrics and light colors” – suggests the expert.

The expert also recommends that you do not ignore modern protective sprays and creams against insects.

All the clothes after returning from a picnic or relaxing in the Park or forest and send immediately to the Laundry – keep in mind mites can cling to fabrics and to wait, when you again put your shirt on.

How to remove the parasite

Mites are very small and therefore notice them pretty hard, and the right to remove – even more difficult. Therefore, where possible it is always better to contact macspecialist, which not only removes the tick, but also to assess the risk of infection and, if necessary, will prescribe medication to prevent.

“Do not ignore the possibilities of modern medicine, because currently these issues are dealt with in minutes, also in season in each region of Ukraine are working around the clock the places where qualified experts will provide complete assistance,” added the doctor.

If you go to the physician there is no way to remove a tick need, shaking its body from side to side a thin tweezers or a loop of thread. While it is important not to delay this procedure. After extraction, the bloodsucker, the affected area should be treated with iodine.

“With self-removing the tick killed the parasite, it is better to keep in cones or small jar. In the case of unpleasant symptoms of spider you may want to check it for infections and viruses,” says the doctor.
If the tick was removed in the first hours after dug into the skin you can almost be assured of their safety, he said. But for the well-being, and body temperature is still worth a watch. This is especially important if you notice a tick the day after or even later.