Doctors have called the most harmful for the heart drink 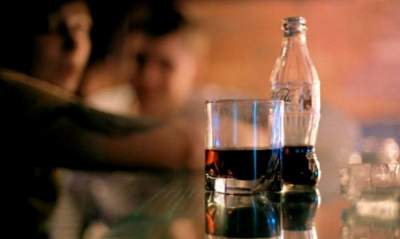 A surprising discovery made by experts from South Africa.

Scientists from Stellenbosch University in South Africa concluded that two cans of soda per week is enough to be a potential victim of heart disease and stroke. Carbonated drinks filled with sugar – this is the main health hazard associated with their use.

Researchers conducted tests that showed that after 10 weeks of regular consumption of soda in the body already become noticeable negative changes. “Most people think they can avoid the health risks to drinking diet versions of carbonated beverages, but it’s been proven used in these drinks artificial sweeteners are also harmful to health,” stated the authors.

Experts pointed out: the excess of sugar in diet has become one of the most popular phenomena in human nutrition over the last few decades. Although the harm of sweetened drinks is widely known, their consumption is still steadily increasing among all age groups worldwide, said the doctors. But this, according to them, is a major risk factor for development of cardiometabolic diseases.

Scientists from Stellenbosch University has warned that two cans of carbonated drinks a week is enough to have increased risks of diabetes, hypertension, cardiac disorders, stroke.

Also read: Doctors have called the most healthy drink for heart health

“This is because carbonated drinks filled with sugar – so, a can of Coke with a volume of 360 ml contains 39 grams of sugar, 14 grams more than the ceiling rate for the person,” said the researchers.