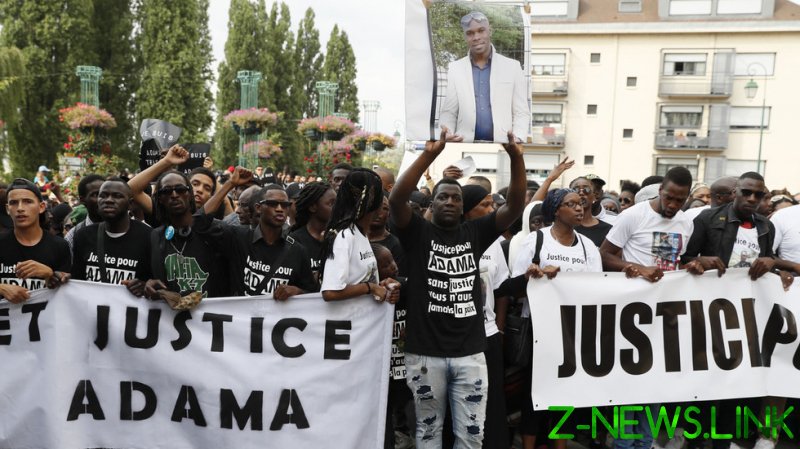 The French media cited a report by four Belgian doctors commissioned by the investigators in the case.

The doctors said they believed that Traore had “very likely suffered a heatstroke.” However, “the role in the lethal process of a period of suffocation due to physical constraint cannot be ruled out,” they said.

They noted that the “momentary containment maneuvers” performed by the gendarmes, and “to a lesser extent underlying conditions,” ultimately led to the young man’s death.

An excerpt from the report, cited by BFM TV, said that Traore’s condition would not have undergone a “dramatic evolution” if the officers had not pinned him down. It also said that the doctors believe the man suffered a heatstroke because he was placed in a situation of “brief but intense physical activity under adrenergic stress and atmospheric heat.”

According to France Info radio, the experts found that the fact that Traore was handcuffed with his hands behind his back likely contributed to him developing serious breathing problems.

In 2016, Traore, a man of Malian descent, went to celebrate his 24th birthday with his brother Bagui in the small town of Beaumont-sur-Oise to the north of Paris. Police drove up to the men while looking for Bagui in connection to a criminal case. Traore did not have ID on him and tried to run, but was caught. Three officers used their weight to pin the young man to the ground. He lost consciousness and died in police custody.

Traore became a symbol of police brutality in France and was eventually dubbed the ‘French George Floyd’ in 2020 due to the similarities of his case to the death of a black man in police custody in Minneapolis, Minnesota that year. Floyd was pinned to the ground by an officer and was filmed by a bystander pleading that he could not breathe.

Floyd’s death sparked massive protests and riots across American cities and abroad. In France, tens of thousands protested Traore’s death and marched in solidarity with the Black Lives Matter movement in the US. The rallies were also coupled with rioting in Paris.