Home / Medicine / Doctors called product that will protect from dementia

Doctors called product that will protect from dementia 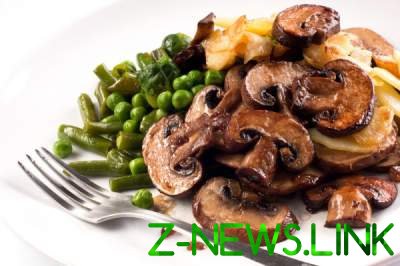 To prevent problems with memory and speech of people older than 60 years can frequent use of mushrooms.

Scientists with the National University of Singapore analyzed data on diet, lifestyle, over 600 Chinese.

Participants were monitored from 2011 to 2017. They were asked about how often they had consumed mushrooms. They all took cognitive tests.

It turned out that in these tests the best results were shown by those who claimed that the weekly eats more than 300 grams of mushrooms.

See also:  Experts have called the most popular smartphones in the world

So, eating more than two servings of mushrooms per week reduces the chances of developing cognitive problems (dementia) by 50%.

Dementia – what is it?
It is a syndrome of cognitive deterioration as a result of organic brain damage. The frequency of dementia increases with age. In Ukraine have dementia at 63 thousand people a year get sick more than 4.5 thousand people.

See also:  Light armor of the foamed metal can protect even against machine-gun bullets

Scientists believe that this result is due to the unique connection – ergothioneine (Ergothioneine), which is contained in the mushrooms. Ergotine believe the antioxidant and anti-inflammatory agent, which people can not produce on their own.