Doctor diagnoses elderly woman with a case of ‘CLIMATE CHANGE’ 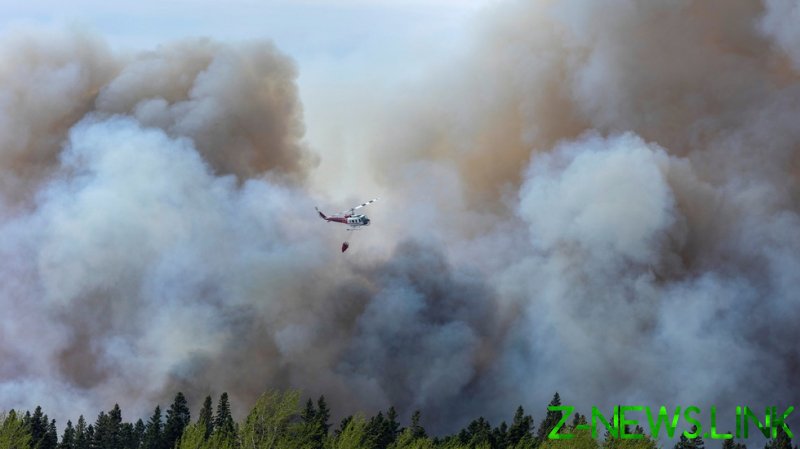 When a woman in her 70s showed up with breathing difficulties at Kootenay Lake Hospital in Nelson, British Columbia, this summer, Dr. Kyle Merritt decided to diagnose her as suffering from a condition not taught in medical school textbooks: “climate change.”

Though the woman had a litany of health problems to begin with – “She has diabetes. She has some heart failure… She lives in a trailer, no air conditioning,” Merritt determined that smoke from wildfires, caused by an historic heatwave that left nearly 600 dead in the Canadian province during July and August, worsened her asthma. He told the Times Colonist that based on this chain of events, he picked up the woman’s chart and wrote in the words “climate change.”

Merritt’s diagnosis did not change how the woman was treated, and could be seen by skeptics as a political statement, especially since he followed it up by banding together with 40 other doctors at his hospital to form an activist group called Doctors and Nurses for Planetary Health. However, he stands by his move.

“If we’re not looking at the underlying cause, and we’re just treating the symptoms, we’re just gonna keep falling further and further behind,” he told Glacier Media.

Merritt’s story made waves in the Canadian media, at a time when world leaders, including Prime Minister Justin Trudeau, are gathering in Glasgow to hash out environmental policies at the UN’s COP26 climate conference. However, while the doctor was confident enough to draw a line connecting climate change to wildfires to his elderly patient’s asthma, forestry experts say the problem is more complex.

“Even if we were able to turn back the dial on climate change we would still have wildfires that are severe and would burn people’s houses down,” Jesse Zeman of the BC Wildlife Federation told the National Post in July. A month earlier, researchers at the University of British Columbia found that by refusing to periodically burn off dead vegetation from the province’s forests, authorities are allowing dry fuel to pile up and ensuring that wildfires are now “much more severe” when they do strike.

While a warmer climate makes fires more likely, humans could better control the blazes by cleaning up the forest floors and getting more comfortable with controlled burning, the Globe and Mail’s editorial board argued in July. “Canada’s massive wildfires are the result of decades of bad decisions,” they wrote. “But tools are available to mitigate and contain the damage.”