Home / WORLD / Do we live in a computer simulation? New documentary A Glitch in the Matrix asks the question, but fails to give a serious answer

Do we live in a computer simulation? New documentary A Glitch in the Matrix asks the question, but fails to give a serious answer 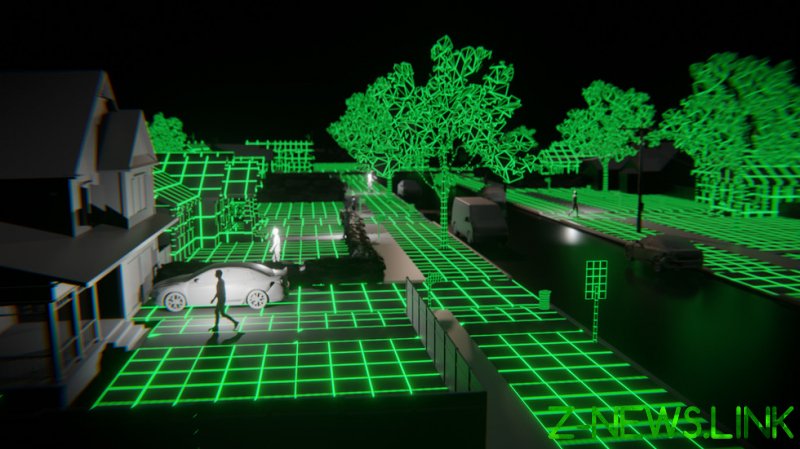 In a spooky bit of synchronicity, in the same week the New York Times published an article where ‘experts’ called for a reality czar, a documentary was released that questions the nature of reality.

The documentary A Glitch in the Matrix, which is directed by Rodney Ascher and available on Video on Demand, examines simulation theory, which is the idea that our entire reality is an artificial computer simulation, sort of like a giant video game.

Simulation theory seems like a science fiction fever dream, and with a 1970s talk on the subject by esteemed science fiction writer Philip K. Dick providing the narrative structure for the documentary, and the film’s title being a line from the movie The Matrix, the documentary doesn’t disabuse viewers of that notion.

The question of our reality being an illusion is more substantial than sci-fi musings, though, as it has been pondered by philosophers through the ages. Plato’s ‘cave’ and Descartes’ ‘evil demon’ are two prime examples, and intelligent modern men like philosopher Nick Bostrom and entrepreneur Elon Musk are also proponents.

What makes a simulation theory discussion so timely is that our collective sense of an objective reality is currently so tenuous due to our culture’s continuous elevation of subjective experience in its place.

With mainstream media devolving into a manipulation machine promoting tribal echo chambers, and social media splintering us further by acting as a reinforcement mechanism for subjective experience, finding a consensus in order to adequately agree on an objective reality seems nearly impossible.

For instance, Democrats are convinced that Donald Trump colluded with Russia to steal the 2016 election, while Trump voters are positive that Joe Biden and the political establishment stole the 2020 election.

Each group can cite their preferred media to make their case and targeted social media will buttress their beliefs, and so it becomes their ‘reality’. Like a simulated reality, it is contrived and manufactured, and meant to trigger emotion, short circuit reason, and reinforce a malignant myopia.

Another example of subjective experience trumping objective reality in our culture is identity and transgenderism.

In its most rudimentary form, the argument trans advocates make is based on getting others to conform to their subjective experience at the expense of a consensus objective reality.

For example, consider a person born with male genitalia who claims that they were born in the wrong body and now identify as a woman. That may certainly be their subjective experience and they are entitled to it, but that is not objective reality.

The trouble arises when trans advocates demand that other people unquestionably embrace the trans person’s subjective experience at the expense of acknowledging objective reality.

The issue of identity and transgenderism would seem to be right up simulation theory’s alley, as the ability to change genders is akin to changing avatars in the video game of life. But unfortunately, this relevant topic is never addressed in the documentary.

Instead, the filmmaker cloaks, without comment, four subjects in computer-generated identities, as they recount the experiences that led them to believe in simulation theory. Some of these stories are compelling, while others sound like the result of emotional trauma or psychological issues.

And unlike the Mandela Effect, where a large group of people have a collective memory of an event that did not happen, the subjective experiences of these four individuals do not greatly reinforce belief in the possibility of simulation theory, but rather diminish it.

About two-thirds of the way through, the film takes a turn that is intellectually, philosophically and tonally incongruous, when Joshua Cooke recounts his experiences.

Cooke was a troubled teen who watched The Matrix multiple times a day. Bullied at home and school, he found an identity in The Matrix and wearing the film’s signature black trench coat.

Eventually, Cooke snapped and murdered his parents, and his defense lawyers concocted the ‘Matrix defense’, which claims Cooke thought he was living in the movie’s reality, in order to argue his case.

Bringing Cooke’s heinous crime up in a documentary that is supposed to be seriously contemplating simulation theory is a befuddling decision, as it surreptitiously and nefariously portrays the investigation of alternative philosophical theories as being not just frivolous but inherently dangerous.

It’s all the more ludicrous because Cooke was diagnosed with schizophrenia, meaning that his problem wasn’t simulation theory, but mental illness.

By spotlighting Cooke, the film is ultimately arguing that simulation theory should be avoided because the mentally ill may behave badly if they come into contact with it. That isn’t exactly a sturdy intellectual foundation upon which to build a compelling philosophical argument or create a captivating piece of documentary cinema.

The problem with A Glitch in the Matrix is that it would rather wade in the shallow waters with stories like Joshua Cooke rather than further explore the oceans of intrigue in which serious thinkers like Philip K. Dick, Nick Bostrom and Elon Musk swim.

A Glitch in the Matrix could have been a really good documentary, as simulation theory is a fascinating topic that is very relevant to our troubled times. But by choosing the salacious over the intellectually serious, the film does its subject, and its viewers, a terrible disservice.