Home / WORLD / Do sanctions really work? Russia has faced restrictions for years, but all they’ve done is push Moscow further away from the West

Do sanctions really work? Russia has faced restrictions for years, but all they’ve done is push Moscow further away from the West 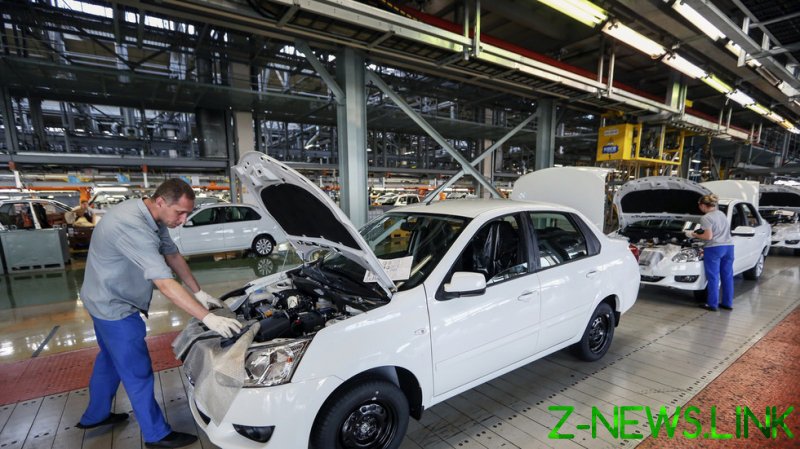 Worse still, it’s the American people themselves who often become the unwilling and inadvertent targets of excessive economic restrictions.

The failure of American sanctions

Whether sanctions work – or not – is no great secret. Time and time again, the US has clung to sanctions as its de facto power of tough diplomacy. Yet Washington is failing to recognize the obvious reality: they simply do not work, other than perhaps as a tool to bully or with which to play to the crowds.

In fact, tough-sounding economic policies have been shown to almost never have the desired effect against America’s adversaries. Instead, all too often, sanctions bolster those in power, who use the threat of Washington’s overreaching in their domestic affairs as a way to influence national opinion and shore up their support.

The US’s effort to throttle the economy of any country or government that stands against Congress’ vision for how the world should work has brought it into conflict with a number of nations. This has been seen in Iran, where the sanctions put in place after the 1979 revolution fueled the Shia-majority country’s aggressive policies in the Middle East. Likewise, in Cuba, where sanctions have existed for over 60 years, and yet the nation is still dominated by an authoritarian regime.

While such extremes have not been the result in Russia, anti-American sentiment has sharply risen due to Washington’s economic crusade against Moscow, its companies, and officials, since the 2014 reabsorption of Crimea. But the campaign against Russia did not start with the post-Kiev Maidan period. There still exist several sets of restrictions against the country and its companies that date back decades to the Yeltsin era.

Sanctions over Crimea are not only a continuation of the United States’ proven-to-fail way of dealing with complex international events, especially against Russia, but are a tool of destruction against the most innocent parties involved: citizens of these two nations.

The impact on Russians is easy to see. The resulting collapse of the ruble in 2014 made headlines around the world, and many industries had to quickly change and develop domestically in order to support Russians without European or American assistance. However, many Americans fail to realize the extent to which sanctions hurt their own country or to acknowledge who is often most at risk from US sanctions: Americans themselves.

Sanctions are a double-edged sword. Not only do they hurt the economy of the sanctioned, but they also hurt the markets of the sanctioner. In 2015, for example, trade with Russia was $23 billion – a drop of $11 million from a year prior. Additionally, the glut of sanctions against not just Russia but multiple other countries may create unintended consequences and hurt American economic interests – without even succeeding in changing the target’s behavior.

As the United States further strengthens its reliance on sanctions and aims to tighten its economic hold on its targets, other countries – both sanctioned and unsanctioned – will have to adapt their own policies to protect themselves and their people. For example, it would not be all too surprising if countries and firms created business structures and contingencies so as to prevent or minimize risk when involved with American businesses.

Visa and Mastercard have already fallen victim to such problems, having had to back out of transactions with sanctioned banks and re-route transactions through an entirely different system, only to be challenged by a Russian credit card competitor.

In the end, however, it is the common man who loses – and who loses big.

The cost for Americans

Businesspeople will point to the fact that the effects of sanctions can go beyond the targeted sector and the individual, hurting Americans well outside the original sanctioned sphere. While the United States may have aimed to restrict business and trade with a particular company or individual, all too often the effects of the sanction seep into other facets of the economy and diplomacy as the targeted country modifies its policies and approaches so as to keep itself afloat.

For Americans, this means reduced revenues for US companies and those who work for them, as well as forfeited opportunities that statistics alone cannot measure. It also puts unnecessary pressure on Americans living abroad, as well as tourists and exchange students, who then have to jump through hoops to complete even the most basic tasks related to banking, finance, and visas.

And for Americans hoping to follow the American dream, starting or expanding businesses, or working abroad, sanctions become a barrier to that dream. The moment a business account has a connection to Russia or another sanctioned country, banks stop wanting to have anything to do with it. When this pinnacle of American entrepreneurism is put under strain due to policies proven to be ineffective at best, there is a glaring problem.

The history of failure, coupled with the factual and potential harm of sanctions to American citizens makes one thing clear: it is disingenuous to say that sanctions are done in the best interest of US national security and the international community. In truth, all they do is set up further barriers to democracy and economic prosperity. Even for Americans.