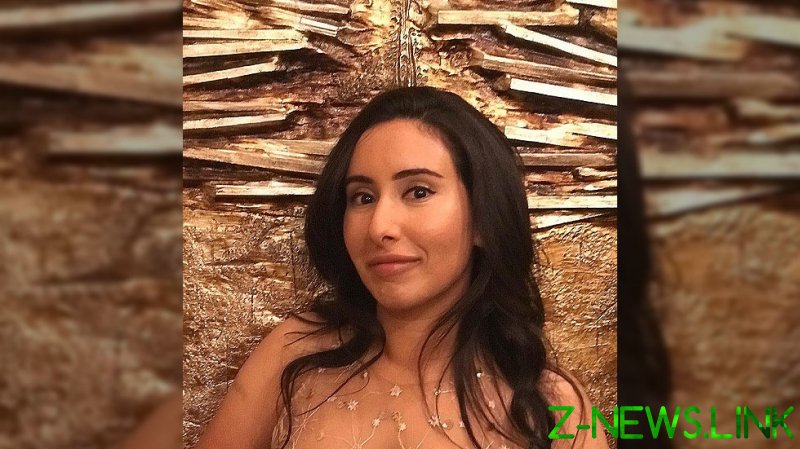 In March 2018, with the help of a friend, Princess Latifa of Dubai managed to flee her home and controlling father, Sheikh Mohammed, the emirate’s billionaire ruler.

After she made it to a ship in international waters in the Indian Ocean, armed commandos swooped with smoke grenades and dragged her back, despite her pleas for asylum. We know this as Latifa secretly recorded videos, which are still available on YouTube.

She admitted to being held in a villa converted into a prison with guards and barred windows, saying, “I’m a hostage. I am not free. I’m enslaved in this jail. My life is not in my hands.”

The damage to Dubai and Sheikh Mohammed was serious. He’s one of the world’s richest men with unlimited political power, counting the Queen and Prince Charles as friends and rubbing shoulders with the likes of Emmanuel Macron and Donald Trump. But he can’t buy a ‘clean’ reputation.

Dubai’s spectacular skyscrapers and glamorous showcase events can’t change what his daughter said. She claimed he tortured her over a previous bid for freedom when she was 16, and ordered the killing of her sister-in-law.

After she was returned to Dubai, everything went quiet apart from some vague government statements.

Then a picture of Latifa with Mary Robinson, a former United Nations High Commissioner for Human Rights, was circulated to the world’s media. The intention was to prove Latifa’s escape had been the act of a troubled young woman. Robinson was told by her friend Princess Haya, one of Sheikh Mohammed’s wives, that Latifa was bi-polar and needed medical treatment.

Haya subsequently fled Dubai with her children claiming she feared for her life at his hands, and a British court ruled in her favour, which Sheikh Mohammed unsuccessfully tried to keep out of the public domain.

Looking back, Robinson, also a former Irish president, realised she had been duped and said of the picture, “I made a big mistake. I’ve made mistakes before, that’s the biggest one.”

And essentially that returned the saga to square one. Latifa was in Dubai, seemingly against her will, and nothing else was known.

But over the last few weeks, there has been a flurry of activity.

It began with a couple of pictures of Latifa out and about in Dubai. Then another image appeared of her in Madrid’s Barajas airport.

The key word here is ‘appears’.

The Free Latifa website is also positive about the developments. It said in a statement, “several of the campaign team have been contacted directly by Latifa” and “at present, the campaign has put on hold all campaigning activities.”

Call me a skeptic, but it doesn’t add up. Wouldn’t Latifa want to speak on social media or to the formal media to explain what has gone on? If she really is now happy and content, wouldn’t she want to clear up all the accusations that she threw at her father? For someone who was so adamant about refusing to be shuttered away, the radical change is bizarre. Why are all the pictures with a woman who has links to her family? Why is a formidable legal team issuing her statements?

Perhaps the answer lies with Latifa’s sister, Shamsa. Aged 19, she tried to escape Sheikh Mohammed in 2000 and was snatched on the streets of Cambridge in England. A private jet returned her to Dubai, and no one has seen Shamsa since.

In a smuggled email, Shamsa alleged that four men grabbed her. “They were carrying guns and threatening me…they gave me two injections and a handful of tablets, the very next morning a helicopter came and flew me to the plane…I am locked up until today,” she  said.

DCI David Beck of Cambridgeshire Police investigated and applied for permission to travel to Dubai to interview Shamsa in 2002. He said, “I was informed that my request had been declined. I was never given a reason why.”

Given all this, it’s hard not to question the recent social media activity, even though there is no proof anything untoward has gone on. What we do know, though, is that Latifa’s father is a tyrant and has supreme power in Dubai. Once I see her walking around in a foreign city without any guards and speaking for herself then I’ll accept she has her freedom. But only then.