‘Do Chinese warships go to the Gulf of Mexico?’: Beijing blames Washington’s aggression for Taiwan tensions 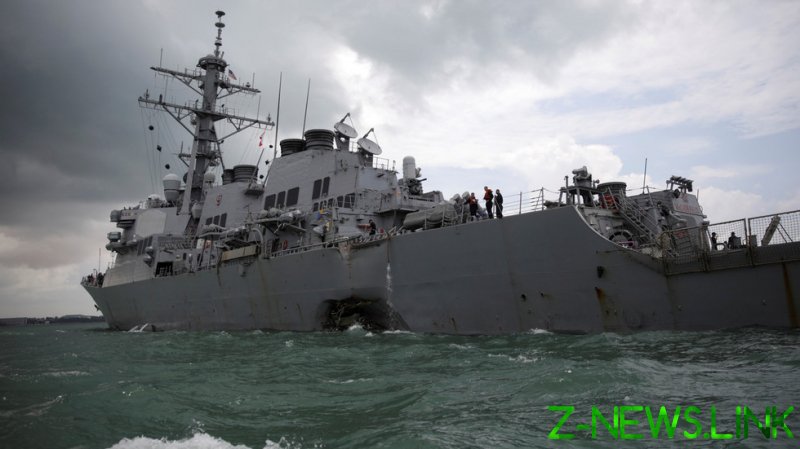 Speaking on Thursday, Chinese Foreign Ministry spokesman Zhao Lijian blasted Washington’s history of intimidation and international aggression as he questioned why the USS John S. McCain had transited through the Taiwan Strait on Wednesday.

“Do Chinese warships go to the Gulf of Mexico?” he asked, adding that China had never intended to intimidate anyone, but was not afraid of intimidation. He stated that the hat of “intimidation” and “coercion” does not sit on Beijing’s head.

Zhao claimed that the US has seen only 16 years of peace in its 250-year history and had frequently fought wars under false pretenses. “Back then, the United States fought over a bottle of washing powder and a fake video as evidence. In wars against the sovereign states of Iraq and Syria, they caused countless civilian casualties and the breakup of countless families.”

Turning his attention to Taiwan, the spokesman reiterated Beijing’s position that the island was a part of Chinese territory and that the People’s Republic of China was the sole legal government representing the whole of China.

Zhao called on Washington to recognize Chinese authority over Taiwan and stop sending the wrong signals about Taiwanese independence by “showing their muscles” in the South China Sea and provoking unrest. The spokesman said the one-China principle was an “an insurmountable red line.”

On Wednesday, the US Navy confirmed that the guided-missile destroyer the USS John S. McCain conducted a “routine” transit of the Taiwan Strait. At the same time, Taipei reported that 15 Chinese aircraft had flown over its airspace.

China has previously stated its opposition to the US military transiting through the Taiwan Strait.