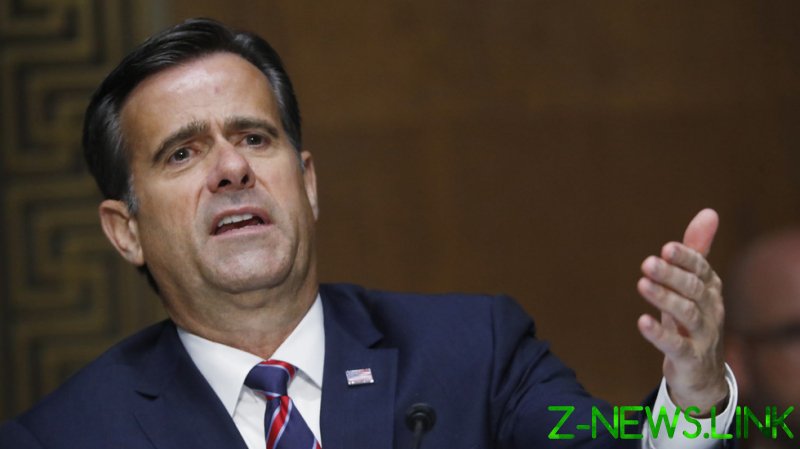 “Hunter Biden’s laptop is not part of some Russian disinformation campaign,” Ratcliffe said during a Monday interview on Fox Business. “The intelligence community doesn’t believe that because there is no intelligence that supports that,” he added.

The director’s comments were a direct rebuttal of Congressman Adam Schiff, who claimed on Saturday, without any evidence, that the story about the Democratic presidential candidate’s son was coming “from the Kremlin.”

Ratcliffe addressed Schiff’s words directly, saying, “It’s funny that some of the people who complain the most about intelligence being politicized are the ones politicizing the intelligence.”

The official went on to say that while he couldn’t reveal any details of the ongoing investigation, he was free to clarify that it “doesn’t center around Russian disinformation.”