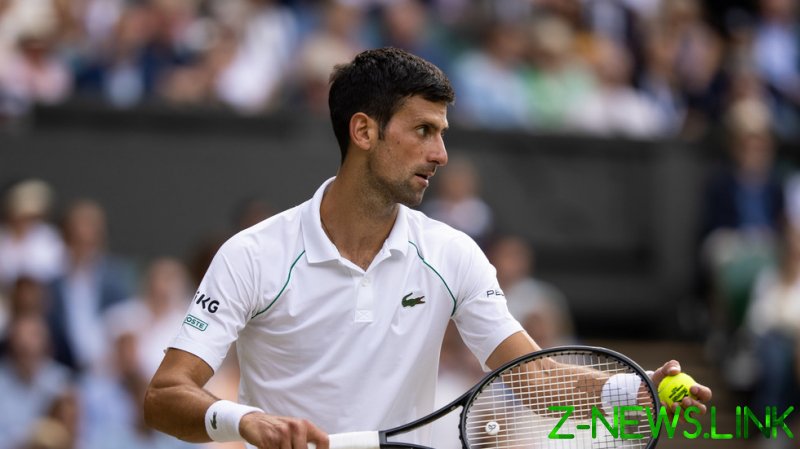 World number one Novak Djokovic has slammed the decision to ban players from Russia and Belarus from competing at this year’s Wimbledon, and has backed the decision by both the ATP and WTP to withhold rankings points from the third Grand Slam of the year.

Wimbledon organizers recently announced that they would restrict entry to players from Russia and Belarus in protest to the ongoing Russian military campaign in Ukraine, and as part of a wider move in the world of sport which has seen various sporting federations issue sanctions against both countries.

However, the move was opposed by the governing bodies of men’s and women’s tennis who stated that restricting a Grand Slam event from having a full field of players would undermine the tournament as a whole – and subsequently moved to remove rankings points from this year’s Wimbledon, effectively rendering it into an exhibition event.

And the often outspoken Djokovic made clear his opposition to the move in a recent interview.

“They haven’t discussed it with anybody from ATP or any individual players – or, for that matter, Russian or Belarusian players – to just communicate and understand whether there is a common ground where both sides could be making a compromise and something could work out,” Djokovic said.

“So I think it was a wrong decision. I don’t support that at all.”

The decision to remove rankings points from Wimbledon will likely have a knock-of effect for several players – Djokovic included, who looks set to lose his top spot in the world rankings even if he were to win both the French Open and Wimbledon.

Ironically, the man who might succeed him at the top of the list is Russia’s Daniil Medvedev, who will be absent from the grass court showpiece event in London.

But despite having run-ins with the ATP in the past, Djokovic said that their decision to withhold rankings was the correct one.

“Collectively, I’m glad that players got together with the ATP, the governing body of men’s tennis, and showed to the Grand Slam that when there is a mistake happening – and there was, from the Wimbledon side – then we have to show that there’s going to be some consequences,” he said.

“For me, or for the guys that did well last year, we are not only not going to have a chance to earn points, but we can’t defend them,” he added.

“And there are some guys, obviously, who are not going to have a chance to earn points, of course. It’s a very unique and weird situation, I must say.”

Several players, perhaps most notably Naomi Osaka, have suggested that they might skip the event if ranking points aren’t on offer – but Djokovic says that this isn’t an option for him, and that he will still be enticed by the possibility of adding a 21st Grand Slam title to his trophy cabinet.

“Wimbledon, for me, was always my dream tournament when I was a child. So I don’t look at it through the lens of points or of prize money. For me, it’s something else.”