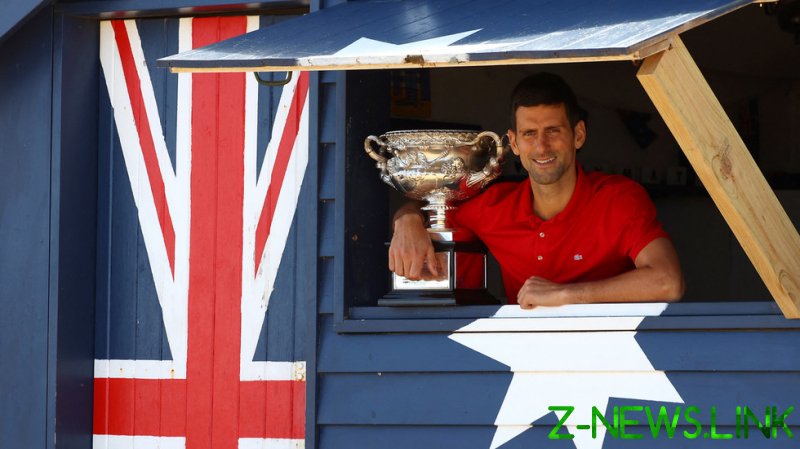 World number one Novak Djokovic will not immediately be deported from Australia and can remain in the country until at least Monday, when his case is due to be heard again in court.

Djokovic arrived in Melbourne late on Wednesday night local time after being granted a medical exemption to defend his title at the Australian Open later this month.

But several hours later the Australian Border Force (ABF) declared that Djokovic had “failed to provide appropriate evidence to meet the entry requirements to Australia, and his visa has been subsequently canceled.”

Djokovic was moved from a room at Tullamarine Airport to a hotel facility run by the immigration authorities while the Serbian star’s legal team immediately appealed his deportation.

After several delays, the case appeared in a Federal Circuit Court on Thursday evening local time, where government lawyer Christopher Tran said: “The [Home Affairs] minister does not oppose the granting of an interim injunction that would prevent the applicant from leaving Australia today.”

“It would not be fair on anyone that a decision be made today… that is off the table,” Tran added.

The case was adjourned until 10am local time on Monday, although Djokovic is free to leave Australia of his own accord before then, should he choose.

Representing Djokovic, barrister Nick Wood said the government should be barred from deporting his client until the visa issue is decided in full. 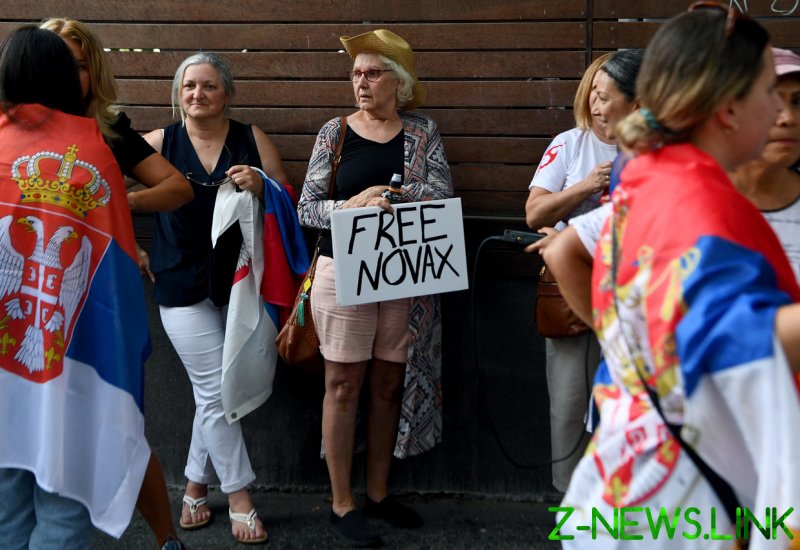 Fans gathered outside the facility where Djokovic is being held. © AFP

“The tail won’t be wagging the dog here,” warned Judge Anthony Kelly, alluding to the status of the man at the center of the case and the need for Australian Open organizers to ascertain his status ahead of the tournament, which begins on January 17.

Judge Kelly also questioned the particular facilities Djokovic would have access to during his detention, saying: “I don’t think it’s unreasonable for the court to ask, as an open question, whether the particular hotel in which the applicant is staying or may be able to stay might have available to him tennis practicing facilities.”

Djokovic, 34, had arrived in Australia after being given a medical exemption to compete in Melbourne by Tennis Australia and the Victorian state authorities.

The details were not revealed and Djokovic has not disclosed his vaccination status, but exemptions are required for any players who are not fully vaccinated against Covid-19.

Tennis Australia said Djokovic’s exemption had been granted following a process involving two separate and independent medical panels, and in line with guidelines laid out by the Australian Technical Advisory Group on Immunization (ATAGI).

However, Australian Prime Minister Scott Morrison had warned that Djokovic would have to fully satisfy the border authorities to be allowed into the country – something he was evidently unable to do.

Reports have stated that there was either a mistake with his visa application or a lack of evidence to support his claim for a medical exemption from a Covid vaccine.

“Entry with a visa requires double vaccination or a medical exemption,” said Australian PM Morrison as he addressed the situation on Thursday.

“I am advised that such an exemption was not in place, and as a result, he is subject to the same rules as everyone else.

“There are many visas granted, if you have a visa and you’re double vaccinated, you’re very welcome to come here,” he added.

“But if you’re not double vaccinated and you’re not an Australian resident or citizen, well, you can’t come.”

That raises the obvious question of a difference in understanding between the Australian tennis authorities and those at a federal level as to what constituted a medical exemption for Djokovic.

After spending several hours at a room at Tullamarine Airport in Melbourne, guarded by police officers stationed outside, Djokovic was moved to the Park Hotel, which is used as a quarantine and immigration detention facility in Melbourne.

Groups of fans were seen gathering outside in support of the Serbian star. 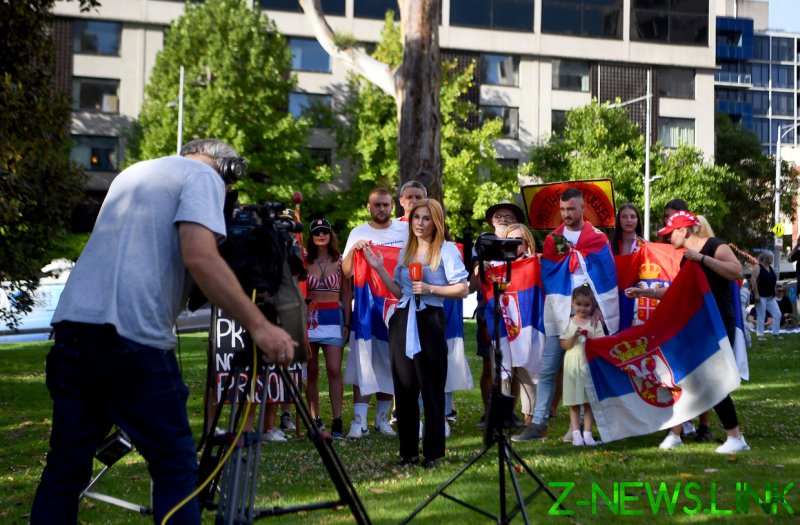 Djokovic’s fans were seen gathering outside the detention center where he is being held. © AFP

Djokovic had been hoping to defend the Australian Open title he has won for the past three years in a row and a record nine times in total.

The tennis icon was also targeting a record 21st Grand Slam title overall, which would move him ahead of Roger Federer and Rafael Nadal in the all-time standings.

But as things stand, Djokovic’s tilt at another major title might just have to wait until after the Australian Open.