Djokovic ‘being treated like criminal’ at Australian airport – Serbian media 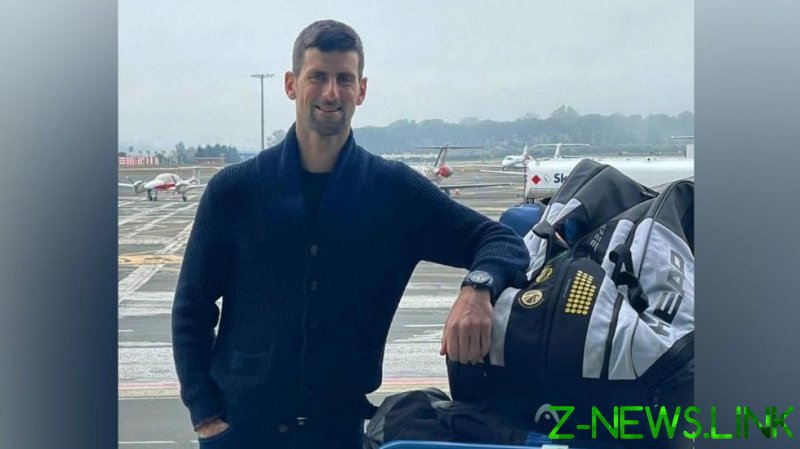 Serbian media is reporting that Novak Djokovic is being held in a single room by two guards and has been denied access to his team or the use of his mobile phone while his visa row continues with Australian authorities.

Just hours after it emerged that the world’s number one tennis player had been granted a medical exemption to compete in this month’s Australian Open in Melbourne – where he is hoping to win a fourth straight title – the Serb was hit with an unexpected twist.

Upon touching down in Melbourne at around 11.30pm local time, it emerged that Djokovic’s team had failed to apply for the correct type of visa for an unvaccinated person seeking medical exemption – something which led to a swirl of further frustration from the local government, who refused a request from Border Patrol to sponsor his updated visa application.

The Border Patrol agents, however, are understood to have authority to release Djokovic into the country amid their strict Covid-19 guidelines – but until that time comes (if it does at all) the Serbian tennis great remains in custody.

And as Serbian publication Telegraf alleges, Djokovic remains under the supervision of two guards.

Telegraf also reports that his movement has been restricted to just one room and that he has received no access to members of his entourage. They also report that his mobile phone has been confiscated while he remains detained.

The publication goes on to suggest that Djokovic, who is hoping to break the all-time Grand Slam record in Melbourne Park later this month, is being treated “like a criminal” and the behavior towards him is “scandalous“.

Telegraf have also indicated that Djokovic was subject to an intensive questioning process in which guards would have likely grilled the Serb on his incorrect visa.

“Novak is currently in a room which no one can enter,” the tennis player’s father, Srdjan Djokovic, said to B92. “In front of the room are two policemen.”

His detention comes after Djokovic was listed among a “handful” of competitors to have received a medical exemption to compete in the upcoming event, news which almost certainly confirms that he remains unvaccinated against Covid-19.

Despite his high-profile inclusion, Tennis Australia chiefs stated that he was afforded no special treatment and that the process was “equal and fair“.

The matter has incited fierce debate within Australia – with Prime Minister Scott Morrison warning Djokovic that he would be on the “next flight home” unless he could explain his reasoning for not receiving a vaccine.