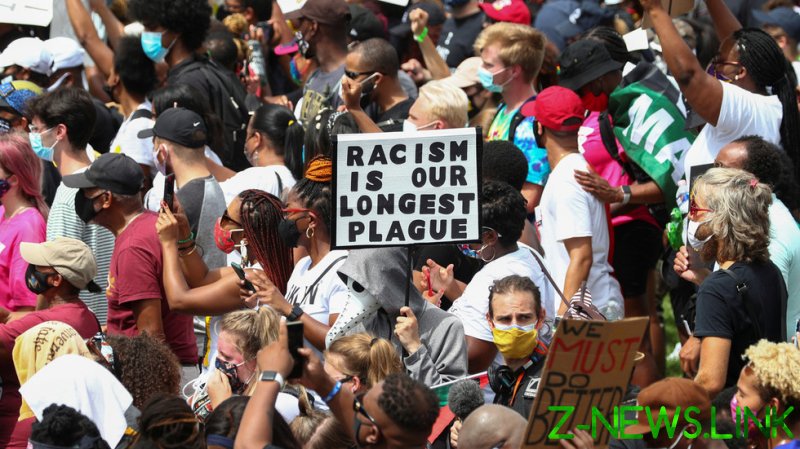 It “shall be the policy of the United States not to promote race or sex stereotyping or scapegoating in the Federal workforce or in the Uniformed Services, and not to allow grant funds to be used for these purposes,” Trump said in an executive order signed on Tuesday evening

While the order does not mention ‘critical race theory’ by name, it cites a “destructive ideology” that is “rooted in the pernicious and false belief that America is an irredeemably racist and sexist country,” viewing some people as oppressors simply on account of their race or sex and treating “racial and sexual identities are more important than our common status as human beings and Americans.”

The order cites numerous instances of such ideology being promoted to employees of federal government agencies and in government-funded institutions. It cites several examples brought up by researcher Christopher Rufo, including the Sandia National Laboratories nuclear facility and the Treasury Department.

Trump’s order comes just a day after Rufo raised the alarm about the State Department, the Environmental Protection Agency (EPA) and Veterans’ Affairs Administration (VA) proceeding with plans for “diversity” seminars, despite a memo from the White House Office of Management and Budget (OMB) instructing government agencies not to do so.

The executive order goes beyond just government agencies, banning the promotion of such beliefs in the US military and among all federal contractors – directly affecting hundreds of companies, both large and small.

The order painstakingly defines what it considers “divisive concepts” that are thereby off-limits. For example, the “race or sex stereotyping” is defined as “ascribing character traits, values, moral and ethical codes, privileges, status, or beliefs to a race or sex, or to an individual because of his or her race or sex.”

Scapegoating is defined as “assigning fault, blame, or bias” based on race or sex.

The Department of Justice is instructed to treat “workplace training that teaches divisive concepts” contributes to a hostile work environment and can result in liability under Title VII of the Civil Rights Act.

Commenting on the order on Twitter, Rufo described it as “nothing short of astonishing,” and “going much further” than his own stated goal of ending critical race theory indoctrination in the federal government – taking the fight to academia and the corporate world as well.