Divers dispatched to find source of 14-mile oil spill in Gulf of Mexico after Hurricane Ida, energy firm denies it is responsible 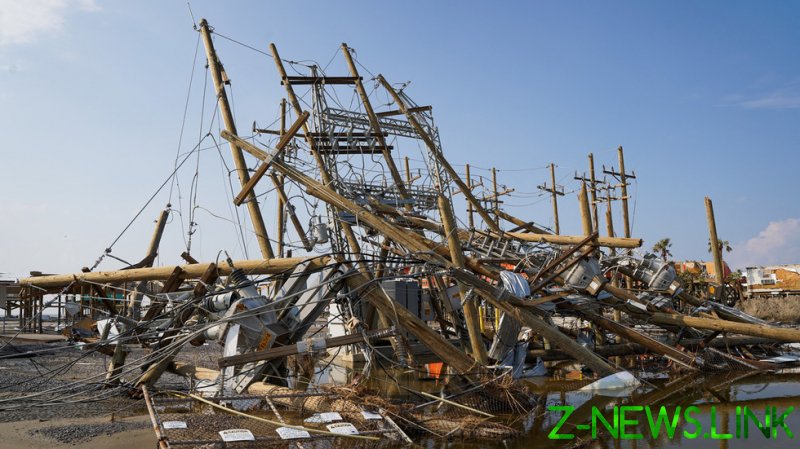 Satellite images appear to show that the ongoing oil spill is coming from a source about two miles (3km) south of Port Fourchon, Louisiana.

The spill consists of a 4-mile black sheen and a 10-mile rainbow sheen, Sam Jones, head of the Louisiana Oil Spill Coordinator’s Office, said on Saturday.

The US Coast Guard said in a statement that the leak was believed to be coming from an undersea pipeline owned by Houston-based Talos Energy. A spokesman for the energy firm said it had hired Clean Gulf Associates, a non-profit oil-spill response organization, to help with cleanup efforts even though the company did not think it was responsible for the spill.

Talos has also dispatched a team of divers to locate the source of the spill.

“Talos will continue to work closely with the US Coast Guard and other state and federal agencies to identify the source of the release and coordinate a successful response,” the company said in a statement, adding that the safety of all personnel and the protection of the environment were top priorities for the firm.

Once the source is identified, a formal response plan can be created and executed, the Coast Guard said.

Workers for Clean Gulf Associates have already placed a containment boom in the area in an attempt to contain the spill. The organization’s vessels are also working to remove oil that has floated up to the surface of the Gulf, but only about 42 gallons (about 160 liters) have been removed so far.

While the cause of the oil spill remains unknown, it comes a week after Hurricane Ida made landfall in Louisiana, resulting in extensive damage to many communities in the state. At least 13 people in Louisiana and Mississippi have been confirmed dead in connection with the storm. Fuel shortages and power outages have hampered response efforts in Louisiana.

Ida also triggered flash floods in New York City and other parts of the northeast, with the storm killing more than 45 people along the eastern coast.