Disservice to the proletariat of Latvia 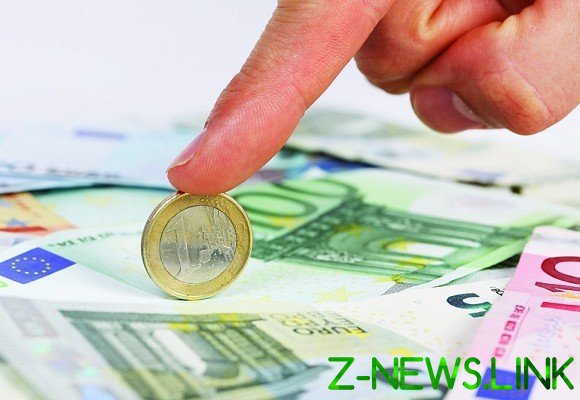 Starting in 2018, the year after the controversial Breccia, Latvia also experienced political upheaval. Once again, the people ruling with the tenacity of a sheep, pointed to the “new gate” in the person translating (or rather pereimenovaniya) party New Unity, old of a breakaway from the national Association of the New conservatives (the party of anti-corruption and apparently the party of national-oriented business in power) and the imaginary party “of the people” from KPV.LV (sonorous name “Who holds the power?”) the coalition formed is not the party for which voted the majority of the population, and the Assembly of the small national-bourgeois “prohodimtsev” that after the election, like a Swan, cancer and pike for a long time could not form a government (7 October-25 January). As a result, in premiere chose, had already formed a habit, a returnee from America, Karins with two passports in his pocket.

Meanwhile, in 2018, the year before the next elections to the European Commission, and later in the Latvian government had sent a report on the state of the economy in the Baltic “tiger”, which contained an assessment of the subsistence minimum, the state of medicine and education in Latvia* (1) Strange, considering the fact that at the end of the 80s we of each iron was saying, how was the inefficient socialist economy and as a positive impact of capitalism on the welfare of citizens.
The Ministry of economy led by Minister Reizniece-soloi (sacs) was forced to take unpopular measures that affect the interests of the propertied section of the population, businessmen and financial frauds (which, actually are the ruling class, whose interests the government should protect). The scandal initiated by the local social Democrats from the party “Consent” together with the socialists, who touched on one of the sacred cows of influential circles of the local pool companies involved in the cogeneration of energy, the so-called “green energy”, without supervision of the European Commission, began a flurry of activity on the collection of population of so-called incremental cost for electricity, forwarded these “businessmen” without creating the necessary capacity. Gritting his teeth in the end, this sinecure had to eliminate.

It should be noted that from 2019, the year Latvia takes over the role of the donor is the EU, which according to the Prime Minister of a new government in the fulfilment of the objectives will lead to a huge budget deficit* (2)
Cutting the military budget, increased now to 27 million euros, nobody is going to, officials cut means to cut the wings 20 percent cling to power friends and acquaintances. And here the solution was found.

As the saying goes “want-get”. The Ministry of Finance decided to implement tax reform, introducing a progressive scale, at the same time picked up tax bucket of those who returned from abroad after Breccia. But how is reform to enter? Time we are receiving large salaries on parliamentary and bureaucratic positions I want to touch on, then we and all the others receiving relatively small by European standards, salaries cover! Is that your idea of Ministry and introduced since January (even before the end of the accounting year) not really informing the population at least minimal for strap minimum tax of 20 percent. With other earnings, including copyright, work for several companies, self-employment, pension, and include in excess of even if wages grew during the year, in connection with the sale, does the increased rate.

Increased tax man lurking in other areas of life — if it starts to receive additional income from apartment sales, winning the lottery, and so on. The rate that you will have to pay from taxable income:
— 20% of annual income to 20 000 euros or up to 1 667 euros per month;
— 23% — from the part of income that exceeds EUR 20 000, but less than 55 000 euros or more 1 667 euros per month;
At 31.4%, from revenues, which exceed 55,000 euros. While “lucky” was sent to the paper, popularly known as “the happiness letter”. The tax authorities refused to follow the conversion tax from the entrepreneur, limiting the revision rate twice a year, and all the responsibility shifted to a simple laborer, who was still obliged to be Nostradamus to predict that is an increase of their wages, threatening all the same debt, and providing “a good opportunity” to calculate taxes at the top rate, not to be mistaken. As justified by the Ministry, “Most of them will get extra pay as a result of this reform,” but in fact, many Latvians got on his neck debt, sometimes for several hundred euros. And it affected not only the business, although they, too. The percentage of the same tax penalties had a stronger effect is on the employees and self-employed.

Plus, reform is made on tyap lyap, plus a new electronic Declaration system, have led to erroneous counting, which resulted in the tax debts were at 6089 of Latvia’s residents – seniors and the disabled (the unsecured segment of the society), whose pensions have been for the year of allocation .*( 3) also Injured people who generally was confined to a hospital bed and have no way to verify their arrears on the SRS website. The government apparently hoped that after the expiration of the debt payment, will silently send the paper to pay, and people without checking beforehand its performance, all pay is quiet and peaceful. However, the reality was different. In the SRS began to receive threats from the unsettled population. Evrokomissiya, too, was unhappy, saying:

“Inequality remains high due to low level of income redistribution through taxes and benefits, indicates the EC. Tax reform 2017 did a little more favorable taxation for people whose incomes are below overall, however, the tax reduction is only partially affected by this group of the population. But the overall reduction of taxes of a ricochet hit on the social benefits: it is available for these purposes, funding is also reduced, the times have become less tax revenue”* (4)

So that’s a good idea in the hands of the “professionals” of the capitalists turns into a bitter pill for workers. Which in turn proves one very bitter for supporters of the “market poreshat” axiom. Where the capitalist can err in their favor, grab the working class, he most certainly will do it. Only organized and well thought-out struggle for their class interests can prevent it.