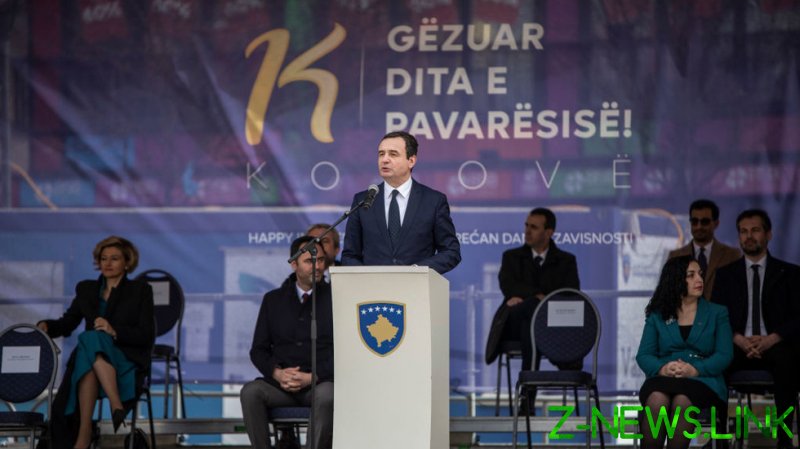 Kosovo wishes to become a member of NATO and the European Union, the self-proclaimed republic’s prime minister Albin Kurti said on Wednesday, while visiting Washington. Serbia’s breakaway province had declared independence with US support in 2008, but has not been recognized by Belgrade, the UN, or even all the EU member states.

Kurti made the announcement during an event hosted by the Atlantic Council on Wednesday afternoon. Earlier in the day, he met with officials of the Biden administration – including national security adviser Jake Sullivan and USAID chief Samantha Power – and several members of Congress.

Kosovo is a province of Serbia temporarily occupied by NATO after the alliance’s 78-day air war in 1999. Its provisional government declared independence in 2008 and has been recognized by the US and many of its allies, but not Russia, China, Serbia itself. More to the point, five EU members – Cyprus, Greece, Romania, Slovakia and Spain – have not recognize its independence, making Kurti’s EU bid a tall order. 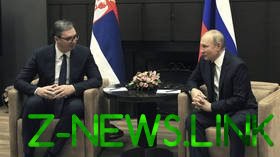 Serbian President Aleksandar Vucic has publicly revealed that Belgrade is under tremendous pressure from the EU to join the anti-Russian sanctions regime and recognize Kosovo, in exchange for vague promises about maybe joining the bloc some day.

Kurti is the leader of Vetevendosje, a nationalist ethnic Albanian party opposed to any negotiations with Serbia, whose platform at one point sought unification with Albania proper. The US backed his ouster in March 2020 after just six months as PM, but he came back to win the February 2021 election in a landslide.

Wednesday’s announcement is actually the second time Kurti has publicly articulated joining the EU and NATO as Pristina’s political objectives. He first did so on Saturday, at a lecture sponsored by the Albanian Studies program at DePaul University in Chicago.

“Kosovo is a democratic success story in the region, which is why it needs support to become a member of NATO, EU and other regional and international organizations without further delay,” Kurti said at DePaul, according to Albanian media.

Noting that Kosovo was the first to join the US and the EU in imposing sanctions on Russia, Kurti argued that it would be a “great victory” for Russian President Vladimir Putin to see Kosovo’s “progress” reversed.

Putin had brought up Kosovo’s declaration of independence in last month’s meeting with UN Secretary-General Antonio Guterres in Moscow, pointing out that the US and its allies created a precedent in international law which Russia then applied to the Donetsk and Lugansk People’s Republics.