Home / WORLD / Disney’s toxic strategy for Star Wars? It’s all about lying, failing & then attacking the fans of the movies

Disney’s toxic strategy for Star Wars? It’s all about lying, failing & then attacking the fans of the movies 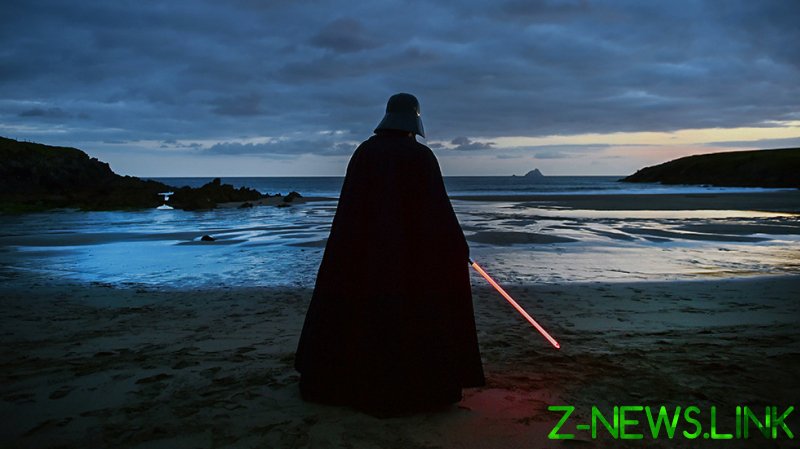 On September 8, 2020, the Jimmy Kimmel Live show aired a video of actor Josh Gad interviewing actress Daisy Ridley. Gad, being an ardent Star Wars fan, of course questioned Ridley about her role as Rey in episodes 7-9 of the new Star Wars Trilogy. Gad, in particular, focused on Rey’s lineage, asking Ridley if she always knew her character was going to be the granddaughter of the evil Emperor Palpatine. Ridley responded:

“At the beginning, there was toying with an Obi-Wan connection. And then it went to ‘she was no one’, and then it came to Episode 9 and JJ [Abrams] pitched me the film and was like ‘Oh, yeah, Palpatine is granddaddy.’ And I was like ‘awesome’. And then two weeks later he was like ‘Well, we’re not sure,’ so it kept changing. So then even I think we were filming and I wasn’t sure what the answer was going to be.”

Within minutes of this revelation hitting the internet, it swept through the Star Wars fandom like wildfire. Since the release of The Last Jedi in 2018, the fans have been divided, with one side defending Lucasfilm’s choices with the new movies and the other side decrying the direction in which the franchise was headed.

Among the biggest divisive arguments was the one centered around the “plan” for the sequel trilogy. The naysayers were loudly claiming that it was obvious there was no plan for the new trilogy and that Lucasfilm was making it up as they went.

The opposition held fast with Lucasfilm’s official stance – that the trilogy had been planned from the beginning. The reasons stated for this staunch belief were:

But probably the biggest defense against the “there is no plan for Star Wars” argument were the words of Lucasfilm CEO Kathleen Kennedy herself. In an interview with website iO9 in December of 2019, before the release of The Rise of Skywalker, Kennedy said:

“When we sat down to do Force Awakens we spent a great deal of time working out all three movies and doing a real deep dive on the previous six and talking about that, understanding the mythology that George [Lucas] had created, bringing in people who had worked on those films, been a part of Lucasfilm. We brought in two or three different writers. There were, what? Eight of us usually sitting in that room and whiteboarding what the possibilities are and looking at character arcs, identifying. Because George had already gone to Harrison [Ford], Carrie [Fisher] and Mark [Hamill] to do the film. So we knew that was a given. That we were bringing them back into the trilogy and we’re introducing new characters. So we had a sense of where this was going.”

However, the Ridley revelation has blown that narrative out of the water. In fact, over time, all the arguments the Lucasfilm Loyal have used to state that the Star Wars sequel trilogy had been meticulously planned out have completely fallen apart.

Fact: There were no treatments from JJ Abrams.

The only treatments done for the sequel trilogy came from screenwriter Michael Arndt, who was hired by Lucasfilm before its sale to Disney to develop episodes 7-8. Arndt went on to write a 50 page treatment for episode 7 and was expected to plot out Episodes 8 and 9 in treatment form as well. However, when Disney balked at Arndt’s 12-month timeframe to properly plot out all three films, JJ Abrams brought on screenwriter Laurence Kasdan to replace him, effectively tossing out his treatment of Episode 7 in favor of something totally new.

In his 2019 memoir, The Ride of a Lifetime, former Disney CEO Bob Iger also revealed that, leading up to the Disney buy-out of Lucasfilm, George Lucas himself had developed three treatments for the new Star Wars sequel trilogy, which Iger never had any intention of using.

Probably most damning is a tweet from Episode 8 writer/director Rian Johnson (which has since been deleted), which seems to confirm that there were no outlines or treatments of the films by JJ Abrams. The tweet goes:

@Bogwing I’m sure they talked about where it might go early on, but when they came to me there was no mapped story presented beyond TFA.

Fact: The Lucasfilm Story Group had no say in the making of the Star Wars Sequel Trilogy.

One of Kennedy’s crowning achievements as she took the reins of Lucasfilm was the creation of a ‘Story Group’, something more common in TV production than that of movies. According to a Vanity Fair article, the purpose of the Lucasfilm Story Group was to “maintain the narrative continuity and integrity of all the Star Wars properties that exist across various platforms: animation, video games, novels, comic books, and, most important, movies.” However, it was also specified in the article what the Story Group did NOT do…

“What the story group does not do… is impose plot-point mandates on the filmmakers. Johnson told me he was surprised at how much leeway he was given to cook up the action of Episode VIII from scratch.”

Rian Johnson reportedly was the only filmmaker to actively work with the Story Group, spending three months with them in the creation of what would become The Last Jedi. According to Johnson…

“I was truly able to write this script without bases to tag, and without a big outline on the wall. That meant I could react to what I felt from The Force Awakens, and what I wanted to see. I could make this movie personal. I could also just take these characters where it felt right and most interesting to take them. I think part of the reason the movie feels like it goes to some unexpected places with the characters is that we had that freedom. If it had all just been planned out and written down beforehand, it might have felt a little more calculated, I suppose.”

Following the disappointments of both The Last Jedi and SOLO: A Star Wars Story, Kennedy ended up dismantling the Story Group, chalking it up to a “failed experiment.”

As is plain to see, the lauded ‘Lucasfilm Story Group’ had no real power in overseeing the Star Wars sequel trilogy.

Fact: Marvel’s experience handling franchise-wide stories did not translate over to Lucasfilm.

Disney’s hands-off approach to management seems to work well for studios like Marvel, but not so well for studios like Lucasfilm, which has consistently shown massive disorganization at the highest levels. The most famous example of this was the firing of directors Phil Lord and Chris Miller on the movie SOLO: A Star Wars Story, leading to a massive reshoot and budget overruns of up to $200 million dollars.

Not to mention the lesser-known rewrite and reshooting of Rogue One, a film that was such a mess that it reportedly sent Disney executives into a panic. And then there was the Obi-Wan debacle, where Kennedy announced at Disney’s D-23 Expo that all the scripts for the highly anticipated Star Wars Disney+ TV series were already written, only to backtrack a few months later when the series was put on indefinite hold and it was revealed there were only two scripts that were written and had to be completely discarded while the whole series got retooled.

And though Marvel big-wig Kevin Feige has been tapped to produce a new Star Wars movie, Kennedy is still the one in charge of Lucasfilm and day-to-day development. So long as she remains in power, the kind of disorganization that has marked her tenure since she first took over in 2012 will continue to be prevalent in Lucasfilm.

Fact: Lucasfilm and its employees attack its own fanbase for calling them out on their lies.

It has long been documented that Lucasfilm and the people they employ have a very contentious relationship with the Star Wars fanbase, particularly when it comes to the creative direction the franchise has taken under Kennedy. But the complaints of the ‘critical faction’ of the fanbase have always been offset by those who want to give Lucasfilm the benefit of the doubt.

However, after the disappointment of The Rise of Skywalker which left many admirers of The Last Jedi out in the cold, and the recent revelation from Ridley that there was never a plan around one of the sequel trilogy’s biggest mysteries, many of the Lucasfilm faithful are seeing their loyalty to the company begin to wane. Almost immediately after the ‘Ridley Revelation’, formerly ‘pro Lucasfilm’ YouTube channels began voicing their displeasure at finding out they’d been lied to for the past eight years.

Despite this, Lucasfilm has not stopped its attack on fans who dare to question their decisions, no matter how ‘questionable’ those decisions are. Long-time Lucasfilm defender Bryan Young has already begun the counter-narrative argument that the Original Trilogy wasn’t planned out (despite the fact that it was) in defense of the sequel trilogy being a fly-by-night operation.

How much longer can a franchise sustain itself by lying to and attacking the people it depends on for its very existence? The backlash from mistreated Star Wars fans is obviously being felt by Disney and its licensees, who have seen a decline in sales of Star Wars merchandise across the board. It’s also evident in Disney’s re-tooling of its Star Wars movie release strategy and its shifted focus to Star Wars-based TV offerings for its streaming service that they are worried about how the franchise has been handled thus far.

It is safe to say that until there is a change in leadership and corporate culture at Lucasfilm, Star Wars fans can expect more of the same: Lies, more lies, and attacks.

Sadly, for the foreseeable future, it would appear the Dark Side has won where Lucasfilm is concerned.