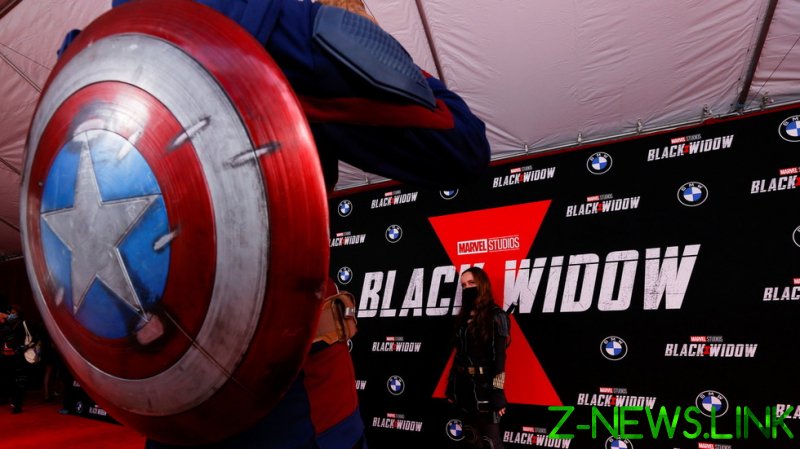 Johansson’s lawyers filed the lawsuit on Thursday in the Los Angeles Superior Court, seeking unspecified monetary damages. The lawsuit claims that Disney breached their contract when they released the Avengers spinoff on the streaming service “the very same day” it was released in movie cities, thereby lowering ticket sales – on which Johansson’s contractual bonuses largely depended.

“Disney intentionally induced Marvel’s breach of the agreement, without justification, in order to prevent Ms. Johansson from realizing the full benefit of her bargain with Marvel,” the lawsuit said. Instead, the House of Mouse wanted to steer audiences to the Disney+ streaming service, “where it could keep the revenues for itself while simultaneously growing the Disney+ subscriber base, a proven way to boost Disney’s stock price.”

The lawsuit claimed that Johansson made repeated attempts to reach out to Disney and Marvel, giving the entertainment behemoths “every opportunity to right their wrong,” but instead they “largely ignored” her. The complaint pointed out that “numerous other movie studios,”  including Disney’s rival Warner Brothers, reportedly settled with their talent on such hits as Wonder Woman after releasing them in theaters and on HBO simultaneously last year.

‘Black Widow’ is the latest Marvel cinematic universe release, an Avengers spinoff starring Johansson as femme fatale Natasha Romanov. It was released in early July, setting the pandemic box-office record of $80 million in North American ticket sales and another $78 million overseas. It also grossed $60 million on Disney+, where subscribers had to pay an extra $30 to get access.

While it was well-received by both critics and audiences, its ticket sales cratered after the opening weekend and currently stand at around $319 million in total – making ‘Black Widow’ one of the lowest-grossing Marvel movies ever.

Responding in a statement, Disney said there was “no merit” to the lawsuit, arguing the company fully complied with the contract and that the streaming release “significantly enhanced” Johansson’s ability “to earn additional compensation on top of the $20 million she has received to date.”

Disney also called the lawsuit “especially sad and distressing in its callous disregard for the horrific and prolonged global effects of the COVID-19 pandemic.”

Johansson’s fee for ‘Black Widow’ was reportedly the same as her earlier pay for the last two ‘Avengers’ films, but her contract tied bonuses to theatrical benchmarks, which her lawyers now claim the streaming release circumvented. A source with knowledge of the matter told the Wall Street Journal that the movie’s release on the streaming service could cost the actress more than $50 million.

The 36-year-old Johansson is one of the highest-paid actresses in the world, with an estimated net worth of over $150 million. Her highest fee was a reported $17.5 million for ‘Ghost in the Shell,’ a 2017 feature that is considered a box office flop and was rated mediocre by both critics and audiences.