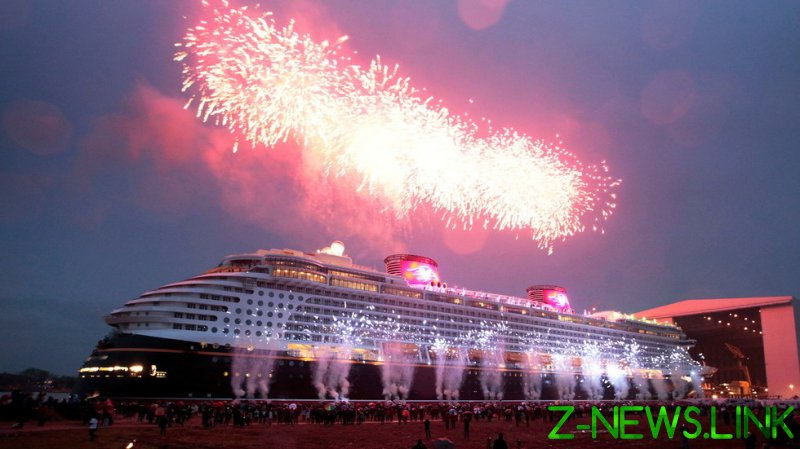 While US health officials had approved the two-night cruise set for later this week, Disney rescheduled the trip on Monday, pointing to issues with Covid-19 tests. Part of the company’s efforts to secure a conditional sailing certificate amid ongoing pandemic restrictions, the “simulation” cruise will now take place next month, pending re-approval.

“We are delaying our simulation cruise due to a small number of inconsistent Covid-19 test results, which are considered positive by the CDC,” Disney spokesperson Cynthia Martinez said in a statement to media outlets. “The rigorous health and safety protocols we have in place helped us identify the situation, though the test results were ultimately negative.”

While Disney has yet to select a new date for the test voyage, which will depart from Port Canaveral, Florida, the company could set sail as soon as July 18, when a federal injunction against the CDC’s “conditional” cruise restrictions takes effect. US District Judge Steven Merryday struck down the restrictions earlier this month in a suit brought by Florida Governor Ron DeSantis, saying the CDC had overstepped its authority and could not impose binding rules on the cruise industry.

Though the Dream cruise would have carried 300 employee volunteers rather than paying customers, it was set to be the first to sail from Port Canaveral since the Covid-19 pandemic brought the cruise industry to a standstill. Dream’s last cruise out of the port was in March 2020, around the time virus-related restrictions and shut-downs started to take effect in the US.

Royal Caribbean’s Freedom of the Seas became the first post-Covid cruise to depart from any US port last week, embarking on its own simulation voyage with a complement of 650. On Saturday, meanwhile, Royal’s sister line Celebrity Cruises was the first to sail with real paying customers, finally back in business after a year of upheaval.

Disney is not the first cruise line to face delays due to test results. Royal Caribbean’s new ship Odyssey of the Seas planned to set sail from Port Everglades on July 3, but was forced to postpone after crewmembers tested positive for the virus earlier this month.

The Disney Dream simulation run would have tested an alternative model that waived the CDC’s typical vaccine requirements. The rules would have been unworkable given Disney’s focus on younger clientele, as no inoculation is yet approved for children under the age of 12 in the US. With the health body’s conditional sailing order set to lose its teeth in July, however, those rules could become irrelevant by the time the test voyage departs.