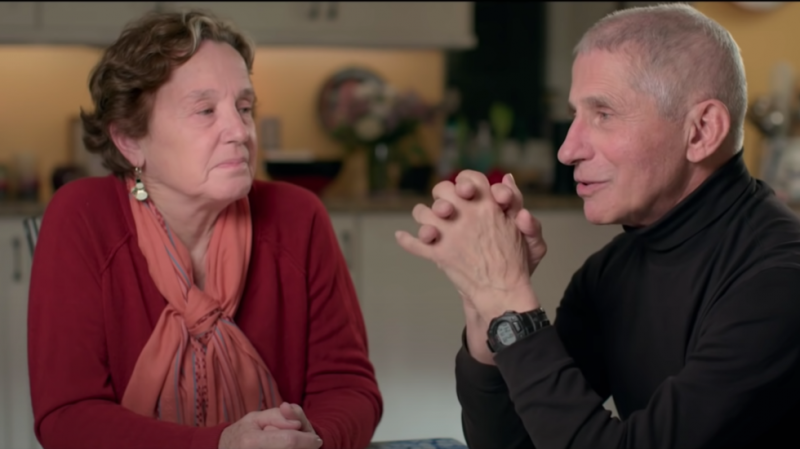 Those tired of the health official’s seemingly constant presence on television screens will need to brace themselves, as the Disney+ streaming service is debuting the National Geographic movie ‘Fauci’ on Wednesday.

The company dropped a trailer on Monday in which the adviser was described as “one of America’s most vital public servants,” prompting immediate social media backlash.

The trailer shows cameras following a teary-eyed Fauci, who is at one point described by a family member as “funny” and “weird.” It doesn’t even attempt to hide its admiration for the man, admitting he’s a “target” for criticism by some, but not touching on the gain-of-function research, mask mandate, or other controversies he has evoked.

The trailer was met with mockery from critics on Twitter, some of whom compared the swooning documentary to the now-infamous memoir on leadership during a pandemic that was released last fall by then-New York governor Andrew Cuomo, who resigned in August amid a flurry of accusations and investigations into his alleged conduct with female staff and misreporting of Covid-19 deaths.

Others blasted the trailer as “propaganda.”

“Why isn’t Fauci ‘following the science’ and wearing a mask in most of these clips? Was he trying to murder the film crew?” Donald Trump Jr., a frequent Fauci critic, tweeted in reaction to the trailer.

Fauci also found himself facing a backlash over the weekend over comments he made about this year’s Christmas celebrations. The infectious-diseases expert said it was “too soon to tell” whether traditional gatherings with friends and family would be appropriate, due to the pandemic and lagging vaccination numbers.

On Monday, however, he was defiant in the face of criticism and claimed his statements had been “misinterpreted” – a defense he has used in the past.

“That was misinterpreted as my saying we can’t spend Christmas with our families, which was absolutely not the case,” he told CNN. “I will be spending Christmas with my family. I encourage people – particularly the vaccinated people, who are protected – to have a good, normal Christmas with your family.”

Critics did not buy it, however, and Fauci was accused of simply changing his stance in response to the public outcry.

‘Fauci’ will premiere on Disney+ on October 6, and features interviews with George W. Bush, Bono, and others who have worked with the controversial doctor.

“There is only one Dr. Tony Fauci, and it’s an incredible privilege to be the first to tell the story of his life and career, including his never-ending quest to cure disease and prevent outbreaks,” directors John Hoffman and Janet Tobias said in a public statement.