Disney are scared of taking the Mickey out of China 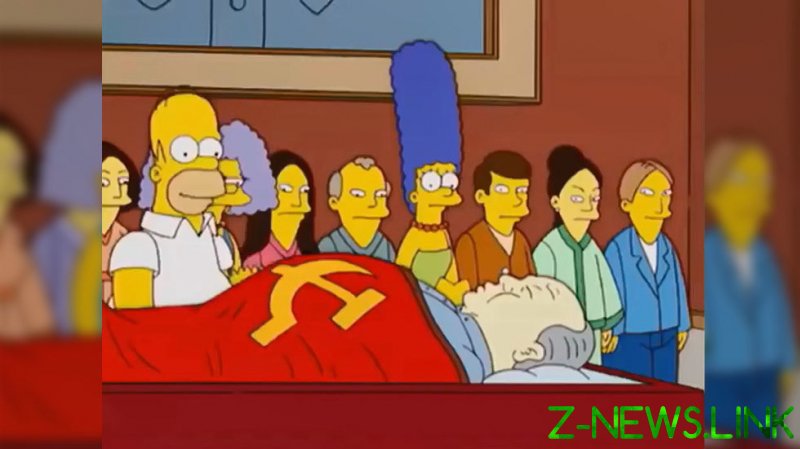 The number 4 is considered an unlucky number for Chinese people because it sounds very much like the word ‘death’. The number 12, however, has no such connotation. So many Chinese viewers of Disney’s new streaming service might be confused as to why in the 16th season of The Simpsons, episode 12 has simply disappeared without any explanation.

This has nothing to do with Disney being sensitive to Chinese culture. No, the reason is quite simple: episode 12 is where the Simpsons travel to Beijing for Marge’s sister Selma to adopt a Chinese baby and in which they mention the Tiananmen Square massacre.

Actually, it’s the episode in which they don’t mention the Tiananmen Square massacre. Following the strict Chinese Communist Party government’s policy, which prohibits any mention of the massacre in which the army opened fire on unarmed students and other pro-democracy protesters, the makers of The Simpson lampoon the Chinese authorities by displaying a plaque in the square that reads: “On this site, in 1989, nothing happened.”

It gets worse. While in Tiananmen Square, the family visits the embalmed body of Mao Zedong, who Homer Simpson calls “a little angel that killed 50 million people.” In another scene, the adoption agent, Madam Wu, confronts the Simpsons in a tank and demands that Selma return the baby, echoing the famous Tank Man image. Such comedic brilliance, which attacks the brutal suppression of the popular demand for freedom in China, is something only The Simpsons could carry off with such aplomb.

But if you live in Hong Kong, this episode will not be available. It follows the rapid rise of censorship in Hong Kong since last June when Beijing imposed a sweeping national security law to crush months-long anti-government protests. Many liberties have vanished, with news outlets muzzled, songs banned, and museums closely regulated. This year the government also expanded its film censorship powers, enabling it to block the distribution of films, domestic or foreign, that it deemed to undermine national security.

When it comes to the Tiananmen Square massacre, the Chinese government is hellbent on erasing the public memory of the event. Public libraries have removed titles about the massacre. The University of Hong Kong has demanded the removal of the Pillar of Shame, a monument to the dead, from its campus.

It is not surprising, therefore, that this episode of The Simpsons has disappeared. But what is truly shocking is that the decision to remove it was taken by Disney without any apparent demand from Beijing.

Because Disney has failed to make any public announcements about their decision, it’s impossible to know what happened. But as Grace Leung, an expert in media regulation at the Chinese University of Hong Kong, suggested in The New York Times, Disney self-censored. She argues that this will harm Disney’s reputation but adds that any potential loss in Hong Kong would most likely be far offset by the benefits of appeasing the mainland authorities. “The population is not so big,” she said of the city. “They are ready to sacrifice Hong Kong’s market.”

In short, the calculation is simply that self-censorship in Hong Kong will reap greater profits in the long term as Disney aims to operate in mainland China next year. Profits are more important than principles or the lives of ordinary Chinese people who die fighting for democracy and freedom.

The hypocrisy of Disney is breathtaking. As Brendan O’Neil highlights in his article on spiked, Disney is a super woke corporation. Remember the Black Lives Matter protests. In 2020, the corporation was very vocal about its support for the movement. It spent lots of money on a 30-second TV commercial that encouraged us all to “listen, learn, heal and speak up” because “Black Lives Matter.”

But it seems Chinese Lives Don’t Matter. Instead, Disney has conspired with the Chinese government to downplay and help erase the outrageous loss of life that occurred during the Tiananmen Square uprising in Beijing in 1989.

This might be shocking. But it could only be that if we thought wokeness was anything other than a fashionable means through which to retain market credibility. Virtue signalling is easy and costs very little. Disney’s behaviour exposes how cynical the corporation is: what drives them is profit, not principles or a real commitment to social justice.

Disney’s self-censorship broadcasts the reality of corporate wokeness: profits matter, not people’s lives. I can’t wait for The Simpsons episode on this sorry affair.