Home / WORLD / Disgusting perverts or just misunderstood? Meet the zoophiles who have sex with animals and want to be embraced by Pride

Disgusting perverts or just misunderstood? Meet the zoophiles who have sex with animals and want to be embraced by Pride 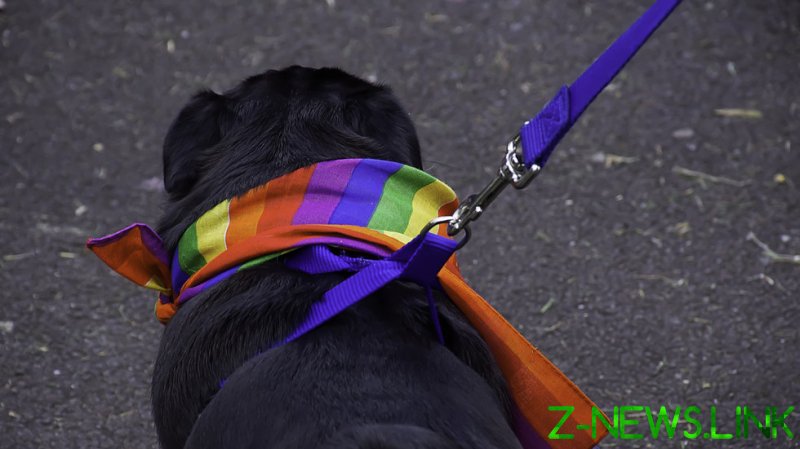 But one group not welcome, for the most part, is the zoophile community. In a nutshell, this comprises people who have a sexual attraction to animals, although this may not always necessarily be acted upon.

This exclusion has caused the zoophile community to hold its own Pride celebration, which this year is from July 1 to July 7.

There are also two other related animal-loving identities, those who consider themselves therians or furries. The former are people who feel they have a non-human element, spiritually or psychologically, while the latter have an adoration of only certain animals.

There is a degree of overlap between both groups, and some wear animal suits and masks to celebrate their identity, although to make the situation even more complicated, some therians and furries are also zoophiles.

Many from the three communities shun publicity due to the automatic assumption from outsiders that they enjoy sex with animals.

Those who do engage in sexual intimacy could face criminal charges or violent reprisals from the public should their identities be revealed. Some contemplate suicide or have even killed themselves due to the stress of being relentlessly harassed.

However, one figure in the zoophile community did agree to speak to RT. Toggle is from Pennsylvania, and wanted to put on record that he was contributing only  because of his dissatisfaction at how zoophiles are portrayed in the media. He was adamant that they cannot be excluded from Pride, no matter what the masses say.

Toggle said, “Zoophiles are quintessentially queer. But if you think Pride is a social event that you can be uninvited from, you misunderstand it on a fundamental level. Pride is a protest. Pride is about defiance against a society that doesn’t want you to exist.

“Some people may have forgotten that, but I haven’t. So, people can say things on Twitter like, ‘Zoophiles aren’t welcome at Pride’, but they can’t stop us from participating. Pride isn’t something other people can take away from you unless you let them.”

Toggle is attracted to male dogs, boars, stallions, and mares, although he is not ‘zoo-exclusive’, and is also attracted to humans.

“This is why many zoophiles spend time engaged in animal rights activism and orient their lives around working with animals. We love them, and we want to enrich their lives.”

The major reason so many are adamant they don’t want zoophiles at Pride concerns the issue of consent. Some think it’s equivalent to child abuse, where dominance is imposed on a weaker party.

But Toggle countered, “Consent is incredibly important to us ‘zoos’ – more so to us than to non-zoos, who, I think it’s fair to say, have rarely ever considered whether or not animals consent to anything they put them through day to day.

“The zoos I know value autonomy for their animal partners. We give them the freedom to make their own choices whenever possible, and we respect those choices. For most people who raise the alarm about consent, it’s merely a diversion from their actual objection: disgust. And considering that the same people who scream that animals can’t consent also send us pictures of horse meat and videos of dogs being murdered with shovels in order to mock us and break our spirit, I’d say that it’s never actually about concern for animal welfare.” However, Toggle did not explain how it was understood that consent had been granted, or how that is even possible.

Another issue is the public’s general perception that zoophilia is not an innate part of someone. Toggle thinks this is unfair and argues that ignorance is the main reason the community is shunned by Pride.

He continued, “It’s innate. I think it’s weird to assume someone would choose to put themselves through misery. Being a zoophile comes with a lot of heartache. After all, the people you form your primary bonds with have significantly shorter life spans. That said, I would never choose to be born differently, because being a zoophile has shaped the person I am today, and who I am is good.”

This sentiment is also strong among furries. In this community, members create a ‘fursona’ – a suit to represent their animal persona.

One member is Fox, 28, from Wyoming, who is not a zoophile. However, it – Fox does not use conventional pronouns such as he, she or even they – is often perceived by others to be one. Fox told RT, “There are at least some zoosexuals who are not furries and the majority of furries are not zoosexuals.”

Based on encounters over more than a decade across the US, Fox estimates that around one in five furries has zoosexual interests. Fox would vividly and repeatedly dream of being a fox, but did not realise other people experienced the same strong feelings until it found the furry community.

It continued, “The community made it possible for me to socialize, make friends, and realise that I wasn’t the only person of my kind. I am often very wary of humans in the offline world and become rather alarmed if they try to touch me for any reason.

“I have some level of what is called anthropophobia, a fear of humans. But when I’m with someone wearing a full-body fur suit or partial animal accessories, I don’t feel socially inhibited and it’s easy for me to hang out with them.

“I mentally think of my online furry friends as their animal characters, rather than as humans per se, and the furry community means people like me can finally form friendships and have a positive social life.”

Fox enjoys wearing a faux fur tail and feels happier in remote settings, where foxes would be naturally. It added, “I love spending nights under the stars whenever possible. Foxes resonate with me as the most elegant form one could have – something that is much more me than the way I am now.”

If furries were accepted into Pride widely, what would that mean? Fox said, “I don’t think it should be any more controversial for someone to wear a tail in their daily life than it would be for someone who is transgender to wear clothes in line with their gender, despite perhaps not having the funds for transgender surgeries.

“On a few occasions, in big cities in the US, I unexpectedly got to see another person walking along the sidewalk on an ordinary day wearing a faux-fur tail. Spotting other people like me ‘in the wild’ in a big city helped me know I wasn’t alone. It certainly reduces my species dysphoria and makes me feel more calm and at peace with myself when I’m wearing my tail.”

Another furry is Tyler, who lives in New York City and is 15 years old. He has husky and fox suits, and has already experienced a backlash.

Tyler said, “People do often confuse it with zoophilia. I’ve been referred to as a ‘dog f****er’ and by other names of that nature. All I had to do was draw anthropomorphic animals in order to be accused of those things.”

He feels there should be a place for furries at Pride. He continued: “Pride is wrong for shunning furries if the shunning is due to the popular myth that all fur suits are a fetish thing. Furries should be able to wear their fur suits while celebrating their non-cis identities.”

So just how common is bestiality? Three studies published between 1948 and 1974 found an average of 6.5 percent of men and 2.8 percent of women self-reported at least one sexual encounter with an animal.

Members of the community have various websites where they share tips on animals and post pictures and videos of their experiences. The largest such site, BeastForum, claims over 1.2 million registered members.

The size of the community, and thus demand, has even led to the formation of so-called “bestiality brothels”.

But not all like to engage in physical sex with animals. Another of our interviewees was 20-year-old Coyote, who calls himself a therian. His links to the community are more spiritual. He said, “I’m actually not sure exactly what sort of coyote I am, but ever since I was young, I’ve felt more at home away from civilisation and out in the Ozarks. I feel like I can actually be myself there.”

He is quick to dismiss any link to zoophilia and feels it has no place at Pride, stressing, “That animal trusts you, and any sexual contact with it violates that trust. Animals don’t have the capacity to understand consent or what they’re doing, only that it feels good to them. It’s rape, at a base level.”

However, Coyote reckons both therians and furries should be welcome at Pride. He added, “I feel there should be space for everyone as long as their identity isn’t harmful. Pride is a celebration of who you are. If you’re anything non-cis and your identity isn’t harmful to others, I think it’s fine. It would be nice if I could tell people that I feel non-human on an integral level and not be laughed at.”

His personal experience, this year, was positive. “I went to my local Pride recently and told several people and it went pretty well, honestly.”

Will all these communities linked to animals ever be fully accepted as part of Pride? Or will they all remain stigmatised due to the perceived link to zoophilia? It’s a complex matter with no easy answers and understandably strong feelings on both sides of the debate. However, the fact that zoophiles have devised their own Zoo Pride flag and symbol suggests that even they appreciate their chances of inclusion in the Pride ‘mainstream’ are extremely unlikely.