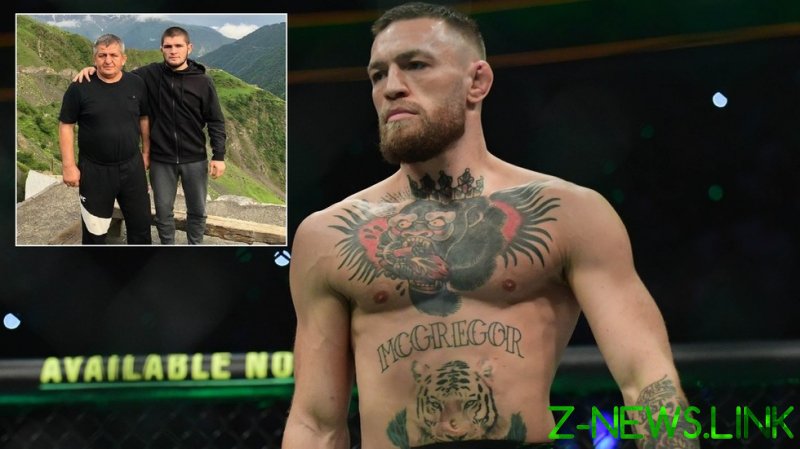 In a series of spite-filled tweets which have since been deleted, McGregor dragged up Khabib’s words from the aftermath of the Irishman’s defeat to Dustin Poirier at UFC 264 earlier this month.

At the time, the retired Russian star had tweeted “good always defeats evil” as he expressed his joy that Poirier had beaten McGregor, whose night ended in excruciating fashion when he snapped his lower left leg.

Clearly still simmering, McGregor has now flashed back with a barb that many felt crossed the line.

“Covid is good and father is evil?” asked the Notorious in a tweet which appeared to refer to Khabib’s late father and trainer Abdulmanap, who died of complications stemming from a coronavirus infection last year.

“Wow, disgusting,” replied one fan in the comments to McGregor’s post.

“Saying sh*t like this makes me feel less bad that his leg snapped like a popsicle stick,” read another response taking aim at McGregor.

“How incredibly disappointing,” tweeted another fan.

“The champion I know is no longer there but that does not mean you can’t bring him out. I hope you get your head straight, man up and apologize. This is not trash talk and these are not the words of a champion.”

Khabib’s manager Ali Abdelaziz responded by telling McGregor “your time will come don’t worry” – to which the Dubliner goaded “not before yours.”

The sickening tweet was one of a series from McGregor in which he took aim at his UFC rivals, telling them to “spit-shine” the belt for him and taunting Poirier and his wife Jolie.

Labeling his rivals “p*ss ants”, McGregor continued to churn out the bitter statements and excuses that have trailed his latest loss in the octagon. 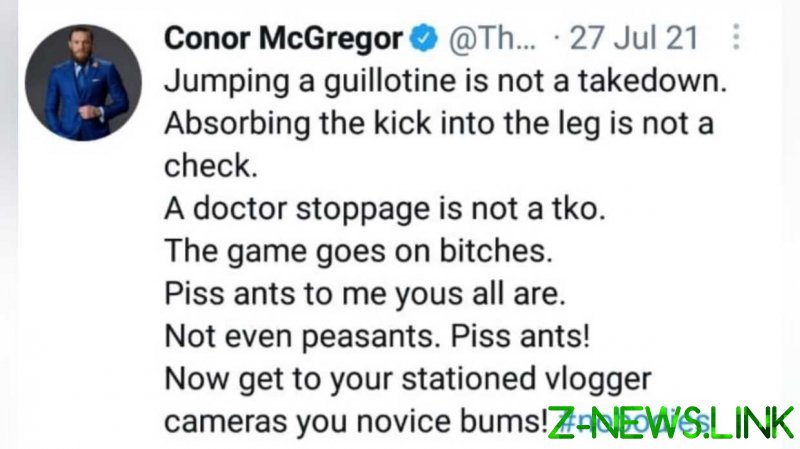 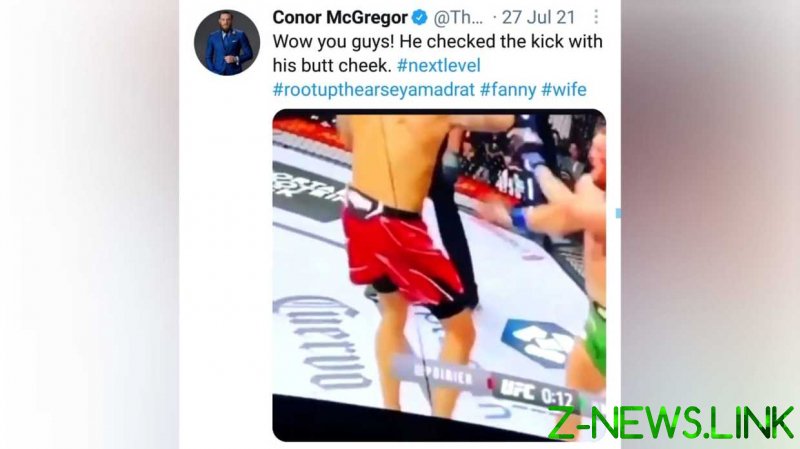 McGregor continued to target Poirier after the American’s victory. © Twitter

But while he throws ugly barbs from the sidelines, McGregor is in no position to back them up, being ruled out of action until at least 2022 after undergoing surgery on a broken tibia and fibula.

McGregor fractured his leg in gruesome fashion after throwing a kick towards the end of the first round of his clash with Poirier at the T-Mobile Arena in Las Vegas, giving the American back-to-back wins in their trilogy series and avenging the defeat he suffered to McGregor back in 2014.

McGregor is now 1-3 in his last four visits to the octagon – a streak which also includes his fourth-round submission defeat to former UFC lightweight king Khabib in October of 2018.

That bout was marred by a toxic build-up in which McGregor taunted the Dagestani star’s religion and family, and which culminated in Khabib vaulting out of the cage to attack McGregor’s team in the immediate aftermath of the fight.

Khabib’s father Abdulmanap later said he forgave McGregor for the insults, even inviting him to Dagestan.

As evidenced by McGregor’s latest disturbing Twitter tirade, any goodwill now appears to have dissipated.